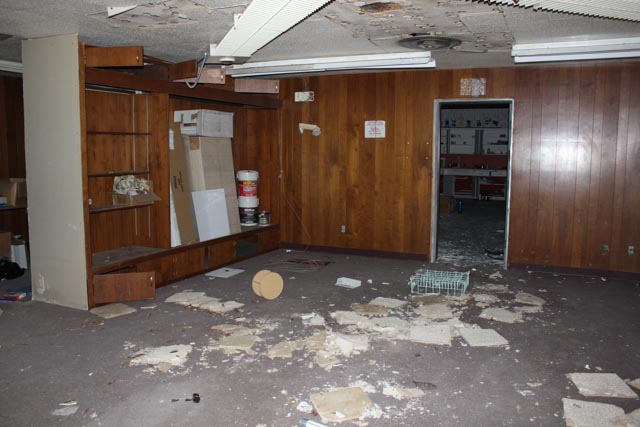 The Arizona Board of Education has this thing known as “charter schools,” somewhat independent institutions that can bend the curriculum ever so slightly as long as they still host the AIMS tests, which are required to graduate. The idea is the free market can do a better job of education than the government — which is true, of course, but isn’t always successful.

I’ve gone to charter schools almost my entire life and not a single one of them is sane. Public schools aren’t really sane either, they’re just rigid and conformist, so I mostly preferred the more off-kilter breed because at least the nonsense is exciting. 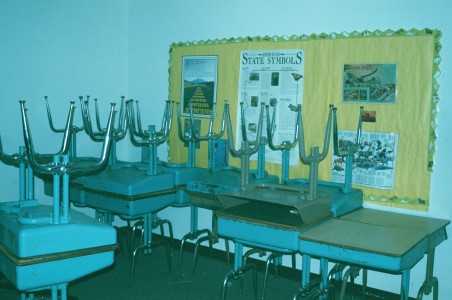 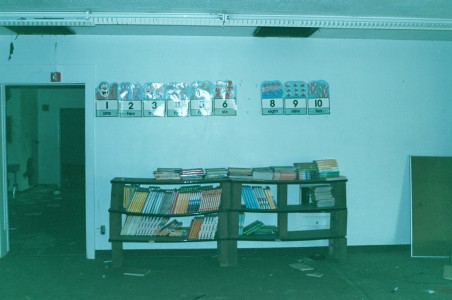 When I was entering junior high, I toured a number of local schools to see what was up. One of these schools was Dragonfleye and yes, that retarded misspelling is correct. The school’s hippy attitude was marketed around its gigantic science lab, which I got a decent tour of. There were all kinds of rodents, hissing cockroaches, weird bugs, an aquarium with poisonous fish and other exotic creatures the students were required to raise. Ooh, learning and stuff! 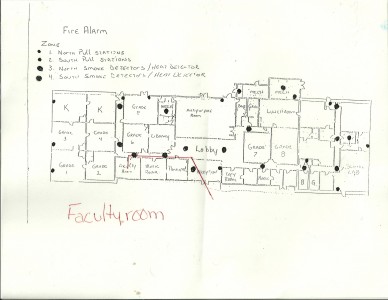 Floor plan of the school that we tore off the wall.

The school required uniforms with some stupid logo on it, but the thing that really turned me off was when I asked the principal what kind of magazines were banned from the school. At the time, I was obsessed with Mad Magazine, because I was 12 and thought making fun of everything was key to being clever. Sometimes I still think like that, but anyway, my old school banned the magazine because of me and so I was really concerned that I wouldn’t be able to get my fix of Spy Vs. Spy in the middle of math. 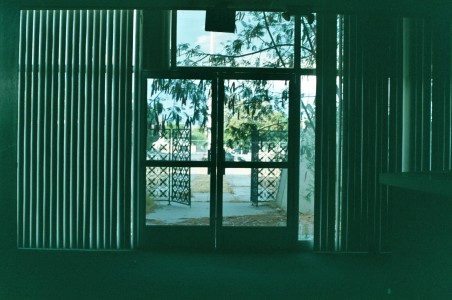 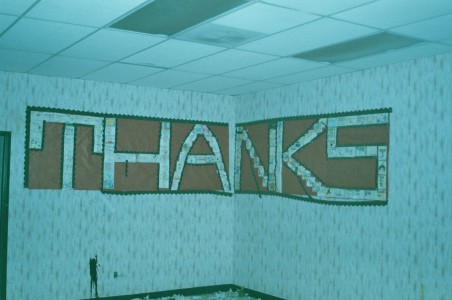 Long story short, the principal gave me a raised eyebrow and said Mad Magazine wouldn’t be allowed, so I said fuck that and enrolled in another shitty charter school down the street. I still rode the public bus with Dragonfleye students and often wondered how my life would be altered if I had gone to that school instead. I’d probably be a much more fucked up person, given the dozens and dozens of legal and institutional problems the school suffered. You can read about that boring stuff here and here.

Fast forward a few years, and the school was (not surprisingly) closed. It sat condemned for years and I drove by the empty shell often, until we got the bright idea to break in. 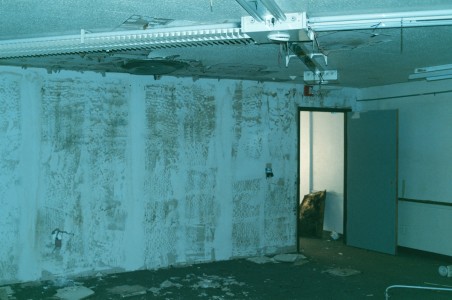 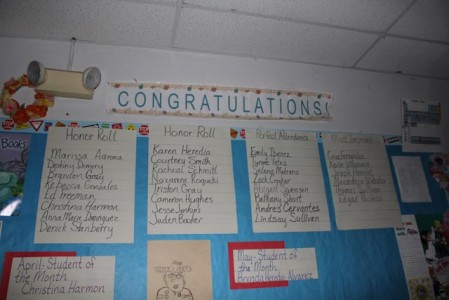 First, we drove around and scoped the place out. Located on 19th Avenue just south of Peoria, Dragonfleye is surrounded by metal machine shops, a sex store, a tattoo parlor and other, run-down shitty buildings. Talk about location! And the back door was swung wide open, so we marched right inside.

Surprisingly, the school was pretty much left the same, other than every other wall, which had the copper wiring ripped from its guts. There were still desks, books and other remains of public schooling. We went carefully from room to room, noting the dry, barren aquariums and lessons still written on chalkboards. It was obvious many other scavengers had been here before us, judging from the graffiti, scattered drug paraphernalia and vandalized rooms.

The bathrooms were completely wrecked, as someone had decided it was a good idea to rip the sinks off the walls and shit in the clogged toilets that lacked running water. When we kicked open one door, we found a dead cat being eaten by maggots, which made me scream like a little girl because I wasn’t expecting it. For shame. 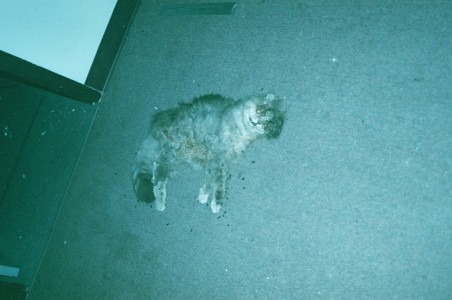 The science lab, the cream of the crop for this shitty charter, was completely empty. The kitchens were ransacked and destroyed by junkies as well. The nurse’s office still had some weird, old medical supplies like a neck brace and a CPR training kit, but all the medicine or whatever was long ago looted, leaving only scattered bandages. The computer lab was just old CRT monitors. 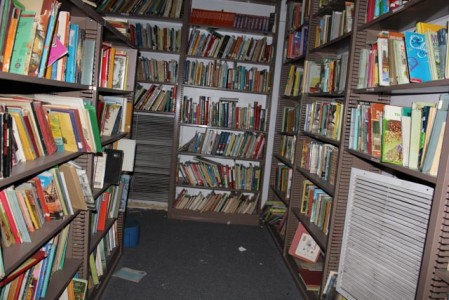 Every other room preached environmental awareness, but now that everything was so empty, it was just kind of depressing. But the most saddening aspect was the library, which was virtually untouched, every shelf still filled with books. The top shelves housed old slides and reel-to-reel films from the time before VCRs. A lot of it was vintage, another for just old and shitty, so I guess these guys weren’t exactly up-to-date with their curriculum. I could have made a small fortune selling the crap to an antique dealer, but didn’t run off with anything. 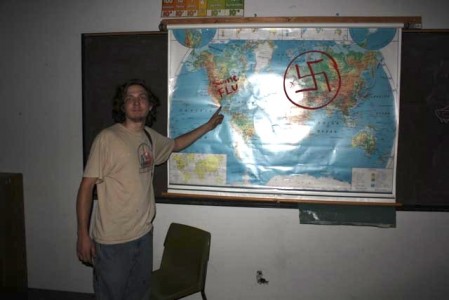 We returned once or twice, mostly to show new friends what was left of the place, but eventually we came back to find the back door had been locked and bolted. Unwilling to break a window to go back in, we never returned. Less than a month later, I drove by on the way to work and noticed a construction crew there, tearing down the walls. It didn’t look like any of the books, furniture or anything else was rescued. A few days passed and all that remained was an empty lot, the school’s remains nothing more than a slab of concrete. I was slightly saddened by all this, especially knowing that I could have easily been a student at this place if they had only allowed me to read Alfred E. Neuman comics.

Troy Farah is not very good in school. Here is his website.