How Are Drugs, Greed And Digital Thefts Shaping The Future Of Virtual Currencies? 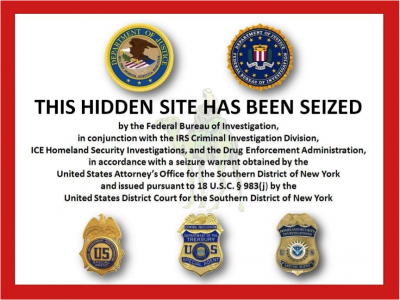 Months have passed since IT specialist Ross William Ulbricht was arrested early one rainy October morning, charged with running history’s most successful online drug marketplace, The Silk Road. Launched in early 2011, the so-called “Amazon of illegal drugs” was operated by Dread Pirate Roberts, a programmer running the site from inside the The Onion Router (TOR) anonymizing network. Utilizing the virtual currency known as Bitcoin and an integrated set of money-laundering Bitcoin “tumblers,” DPR created one of the most controversial websites in recent history, alongside domains such as The Pirate Bay and Wikileaks. But how does this website, now removed from the darkweb, relate to the closure of Mt. Gox and Bitcoin’s possible impending market crash? Well, all of this ties back to one fatal human flaw — greed.

I mentioned the Silk Road first because TOR and the very nature of what SR was selling had a lot to do with the widespread popularity that Bitcoin received back in its infancy. First, a little background:

• Bitcoin, the world’s first cryptocurrency, is a digital form of money that uses a mesh network, server nodes points and cryptography to control the creation, transfer and management of the funds. Using many of the same principles from the Cypherpunk retro-mailing group, BTC’s founder, Satoshi Nakamoto, worked to design a network that promotes a reliable, secure means for individuals to exchange money free from outside influence, corruption or censorship. In other words, corporations or government.

While the transfer of Bitcoins is not an entirely anonymous transaction, it does take place in a deregulated network with specific market principles, similar to the hand-to-hand exchange of cash. And much like cash, it can be next to impossible to track Bitcoins once they’ve been transferred or stolen because of the endless possibility for thieves to use multiple BTC wallets and coin tumblers to cover their tracks. 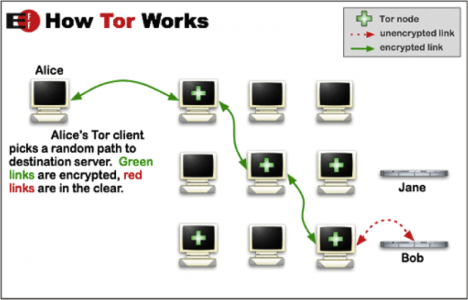 • The TOR Network is a completely separate but closely related marvel of our digital age. First released as alpha software back in 2002, this open-source networking application relays a user’s network traffic through 4 “hops” or nodes along the network till it reaches an exit point in a foreign location. This network works to create a strong anonymizing system used to hide the traffic of activists, dissidents, criminals and privacy-concerned citizens alike. Using principles of a blind-relay and advanced data tunneling algorithms, a user’s data is sent to the first “hop” which is the only connection point that knows the user’s true IP address. The data is then sent through 3 additional relays, each relay only knowing the IP address of the connection point before and after it. This prevents both the web host, the user and any authorities, which might be monitoring the line, from obtaining any of the involved parties’ identifiable or traceable information. 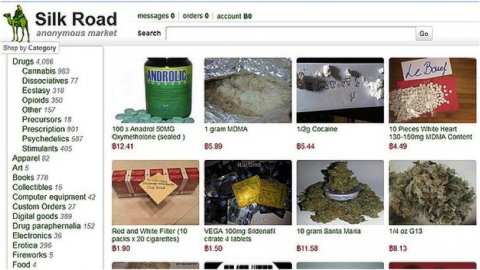 • The Silk Road was hosted inside of the TOR network as a hidden web host protected from authorities using key features of the anonymizing network. This allowed DPR and the site to cleverly avoid law enforcement while operating the world’s largest market for black market goods and services. At its peak, SR’s vendors offered tens of thousands of items, from pounds of cannabis chocolates and shards of highly-potent methamphetamine to ricin, AR15s and supposedly, even killers for hire.

Fast forward to October 2013: Ross Ulbricht, now known as Dread Pirate Roberts, is arrested at a public library in San Francisco while logged into the Silk Road’s administrator account over the TOR network. The arrest and seizure instantly made global news as members of the DEA and DOJ discussed the operation leading up to the arrest of DPR and several high power vendors around the world. The arrest instantly called into question the future of anonymous networking, Bitcoin & how individual’s illegal activity online can have real world consequences.

Coupled with recent interest in recent NSA domestic spying allegations brought forward by Edward Snowden, individuals around the world began looking into ways to protect their privacy in the new paranoia over privacy in the digital age. Consequently, TOR, I2p and VPNs saw a sharp increase in users. Meanwhile, the price of Bitcoin skyrocketed to over $1300 per coin. Across “Onionland”, the TOR network’s hosted hidden services, new Silk Roads began popping up almost overnight. The list included Blackmarket Reloaded, Silk Road 2, Pandora Market, among others working to quickly bring in potential black market customers, connecting with vendors that found themselves without storefronts.

As hundreds of millions flowed into Bitcoin’s main exchange at Mt. Gox in Tokyo, the price of BTCs jumped and the market share reached into the billions (USD) for the first time. As the dollar, the yen and the euro poured into global BTC exchanges, United States congress and other regulatory agencies began discussing the need for regulatory oversight of decentralized virtual currencies. In Febuary, the volatility and danger in using BTC became clearer after several recent large scale hacks and subsequent BTC thefts. 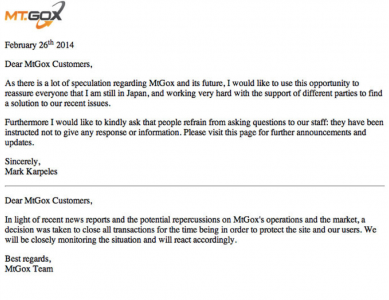 On Monday February 24th, Mt. Gox went mysteriously offline. Sudden anxieties caused the price of BTC to drop under $400. On Wednesday, the exchange posted a notice on their site that alluded to the worst case scenario. The world’s main Bitcoin exchange had been robbed of almost 850,000 Bitcoins, worth about 463 million USD around the time of the heist. Hours after filing bankruptcy protection, thousands took to the internet and legal offices to take action against Mt. Gox for fraud and negligence. So far details have been limited as to how hackers were able to compromise security precautions, but the cryptocurrency community is not happy.

Almost a week after the largest robbery in the virtual currency’s history, the price of Bitcoin continues to fall as many continue demanding answers. As the future of decentralized currency hangs in the balance; regulators, investors and BTC users are reconsidering many aspects of what makes Bitcoin unique & marketable. It’s pretty clear that virtual forms of money aren’t going away anytime soon, but with so many recent thefts & recent legal issues, Bitcoin is still working to find its place in the global financial market.