Why Arizona’s Ban on Plastic Bag Bans Is Devastating 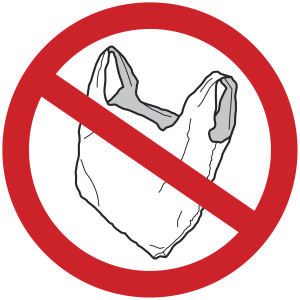 Another “freedom fighter” in Arizona has secured a major victory for those that hate recycling and government oversight. Why yes, State Rep. Warren Petersen, your short-sightedness in working to ‘protect’ our state’s economy will actually guarantee countless more decades of senseless pollution, endless sources of urban trash and a populace that has no concept of how much damage it’s actually doing to itself.

Recently passed and almost signed into law, SB1241 forbids towns from enacting “plastic bag bans” in their local communities. It also prevents towns from forcing any form of recycling or conservation program on local businesses, consumers or residents. The primary motivation behind this bill is to ‘protect’ local business from undue regulation and oversight. But sadly, the choices many businesses and consumers make are causing severe damage to local environments and are filling landfills with excessive amounts of plastic trash. 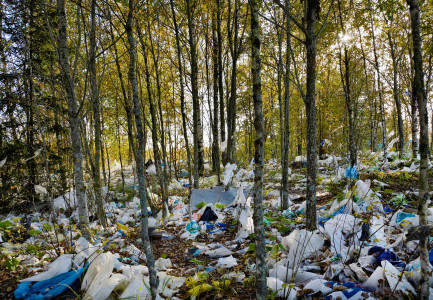 The world has an addiction. It’s not crack or pot, reality TV or microwave chimichangas (well, maybe). We as a species are addicted to the ease and convenience of plastic. So much so that we use about 1 million bags a minute.[1] That’s 60 million an hour. 1.44 billion a day. 525.6 billion a year. It’s a lot of oil, a lot of bags and a lot of trash.

And the impact that all of these bags have, along with the thousands of tons of other plastic pollution, is nearly incomprehensible. Because plastic bags take hundreds of years to break down, the bags we throw away today will far outlive us in dumps, landfills our in our oceans. It has literally taken islands of trash forming in the pacific before the international community began to wake-up to this environmental disaster.

A recent scientific voyage in the pacific discovered a “trash island” more than 50 feet (15 meters) long, with “beaches,” a “rocky coastline,” “underwater mountains” and reefs made up of ropes, buoys and other plastic debris. “The team is also studying the impact of the plastic on marine life. So far, they have found that about 35 percent of the fish they sampled have swallowed some plastic.” 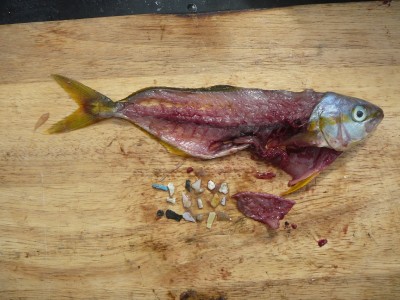 Back home in Arizona, we’re doing a really crappy job of remembering to follow the 3 Rs; reduce, reuse & recycle.
1: Reduce. This bill actual prevents local communities from taking steps to reduce consumption of plastic bags.
2: Reuse. While some consumers may put the bags to work once the groceries have been taken out, most simply go into the trash hours after their first use.
3: Recycle. “Arizona consumers aren’t making smart decisions when it comes to plastic bags. Few shoppers bring reusable bags with them when they shop, and less than 5 percent of the state’s single use bags are recycled.” [2]

Pollution and excess aren’t the only issues. Plastic bags require special treatment to be recycled and must be separated from other recyclable goods. This causes problems at local Valley recycling centers. “…Phoenix reports $1 million in damage to recycling machinery annually due to bags.” And use is at an all-time-high: “Tempe, alone, is estimated to go through 50 million single-use plastic bags in a year, and that’s just counting the damage coming from the eighth most populated city in the state.” [2]

Refusing to acknowledge the impact these bags have on our local communities is just disgraceful. Hell, even China, with their fogs of air pollution, has outright banned plastic bags because they’re aware of how damaging these bags can be. Information is so freely available about the environmental impact plastics are having; there should be a debate pushing for positive needs and environmental protection reform.

Actions need to be taken to reduce pollution and use of single-use bags. With 95% of Arizonans simply trashing their plastic bags, it’s clear that we can’t be entrusted to make the best decisions when it comes to conservation. So stores should take responsibility and stop feeding us bags with every purchase… If they won’t, the law should, because this plastic addiction affects more than just businesses’ rights — it affects EVERYONE.

SB1241 doesn’t work in Arizona’s best interests and it disregards the need to reduce use and protect the environment for future generations.