My Life As A Corporate Shill Ain’t So Bad 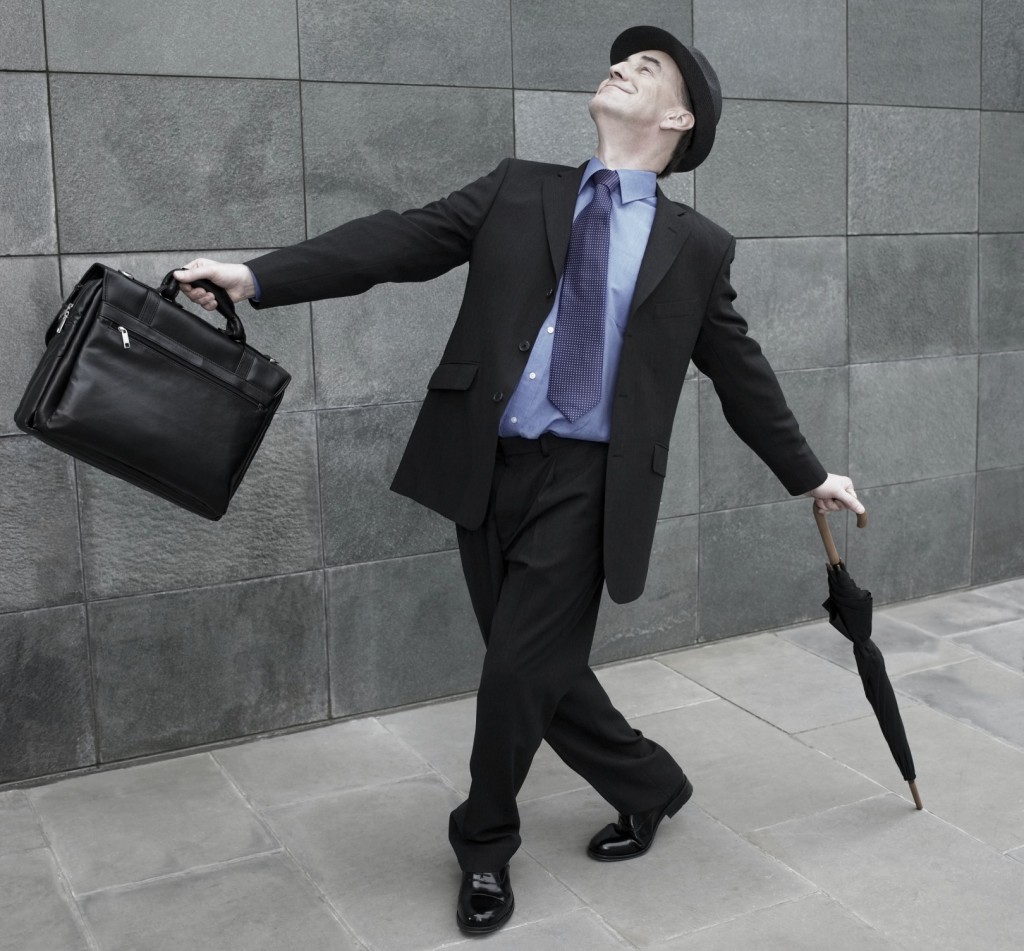 When I was offered the opportunity to work for a large corporation fresh out of college, I was more than excited. As an adept drug entrepreneur, I lavishly resided somewhere between chaos and Gomorrah, sporting a dozen tattoos and piercings through both of my sex organs. I could only imagine what those corporate shills looked like up close.

From my angle, they were an amorphous army of automatons, occasionally seen buying an Americano or talking to themselves on the freeway. I didn’t know where they go or why. Did they have a language? Can they understand the noises made by their kin? I couldn’t. They didn’t exist in my world. Even the ilk merely in the process of merging into the machine, the undergraduate business majors, never leaked into even my outer social circles.

So like Ventura inside the rhino, I’ve infiltrated their ranks.

I answered a vague and anonymous Craigslist ad, and now, I’m on the inside. And they don’t look at me like they used to. You know, that tinge of fear and disdain, masked with a glass sense of superiority. I get to see everything. And while it’s as morbid and consuming as I had assumed, I’ve found it absolutely, gloriously wonderful.

Everything is scrubbed and sterile. Everybody smiles. Everybody. There are unspoken rules about what we say or divulge to one another. They aren’t explicitly stated, these rules of conduct, but when you’re there, you know. Tongues grow calloused from being bit so much. The result is a totally whitewashed world. When there are such constraints on conversation, you feel entirely safe. We can all act like we grew up as kin. We’re imprisoned in cubes – better make the best of it.

It’s exactly what I hated about watching my families get together, but now love as a conditional social environment. Avoiding artificial “hot-button” issues, but for the same artificial reason not being able to resist tap-dancing around how retarded Mormons and Muslims are.

We all want to fuck each other, I think. I want to fuck my boss, and also her boss. She’d do it if it weren’t for her pesky children and mortgage. At work we can make all the vague innuendos we want, and alcoholism is a vice accepted with a knowing wink. I told all my superiors I did PCP when I went home after work to relax. Now it’s a running joke.

The bathrooms are always pristine and loaded. The coffee is always hot. The moderately higher-ups wheel around carts of snacks twice a day direct to our cubicles. I jam out to my iPod all day, pleased as fuckin’ punch! I could do this forever. Especially with this pay. I think I want kids. Or a lawnmower.

My coworkers are very sweet and intelligent people. But when life becomes so comfortable and stable, it’s hard to shake. Insurance, stock options, vacation time… Who’s to blame the captain drawn to the rocks by the sweet sirens’ call? You just have to put in your time, eat a nice dinner and get high/drunk/down with all that disposable income, and repeat between the weekends.

Humans love structure and rhythm in life. It’s easy to never be offended again, worry or have to express your individuality. There are no hats here. We never talk politics, we all love football, we all fucking HATE Mondays.

No, no, I know. Tomorrow I’ll be forty and it’ll be too late. I’m too attached to my fringe lifestyle of promiscuous sex and cactus tea. Dude, I don’t even own a TV. That’s how deep I’ve gone. I don’t know when I said goodbye, but all of American society has become a blur in my hindsight. A beat to dance to and a melody to cry along with, that’s all I’ll ever need. I don’t reckon I’m ever coming back.

This corporate world is still so fascinating. So unnatural, so sanitized. Hundreds of people that will never know about my tattoos, my past exploits, never realizing just how much I don’t belong. I guess that’s life as a social transient. Drifting ’til death.

Are the birds happy while they soar?

Aaron Miles couldn’t handle the simple task of writing a bio in third-person unironically. He later went online to make sure “unironically” was in fact a word. He was fairly certain, and was in fact correct. Miles wants to change the world, but in reality is just an above-average billiards player.