That Time I Found An Owl Walking Around Phoenix 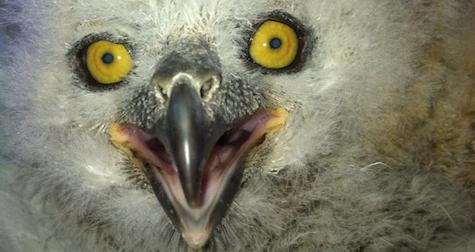 You can find a lot of weird shit on the streets of Phoenix, And most of the time, you don’t even have to be looking. Sometimes, though, you come across things that were destined to find you. Like owls.

My friend (let’s call him “Garcia”) came over one day, wanting to pick up some weed. He had brought with him a shitty IPod shuffle that he was trying to sell to a pawn shop, all in order to obtain a $20 bag of weed. I knew he was desperate, so I decided to join him.

I love any opportunity to buy weed, and whenever my friends pick up, I always love tagging along to share the experience of obtaining it. I guess you could say I just like being around it. So, one day, a friend of mine was in need of some green, but he was low on cash. Naturally, I tried helping him out.

Garcia: “All I have is this shitty IPod shuffle. How much of you think the pawn shop will give me for it”?

Me: “They probably won’t even want it, and if they do buy it, it’ll be for close to nothing”.

Me: ” I guess so, yeah, I mean you’re already willing to part with it, so you really have nothing to lose.”

By this point, I was not excited about accompanying my friend to the pawn shop, nor was I expecting him to get anything for it. I was expecting nothing but disappointment. So, we walked in and the cashier offered him $20 for it, his desperate eyes seemed to light up for an instant, and he graciously accepted the offer. We slithered out of the pawn shop, as I thought to myself: “Mission Completed: Weed Money”.

As we journeyed home, discussing which shady dealer we were going to buy from, I noticed what appeared to be a Furby, sitting against the trunk of a palm tree. I bent down, and leaned in to get a closer look. Although it did have the same structure, features, and reactions as the popular toy, This was no Furby. Its beak opened, it’s thick black eyelashes separated, and I immediately fell in love; staring face to face with the most beautiful yellow eyes I have ever seen. This beautiful creature was very much alive, and it was definitely in need of some help. This, my friends, was a bird. A sacred bird. This thing’s a fucking owl. A baby Great Horned owl, in fact. 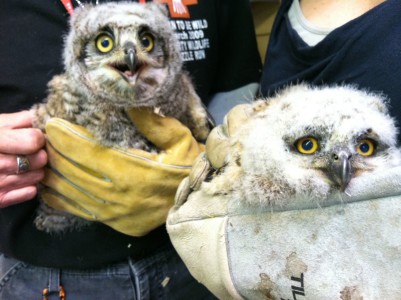 Looking up at the palm tree, I saw where the owlet’s nest had been. It had completely collapsed, with the mother owl nowhere to be found.

Fuck people who don’t care about animals. Garcia told me to leave it where it was: “Don’t fuck with it, man, just leave it alone”. Immediately, I turned to him and said:
Uh “Are you fucking serious? Do you see this shit? I’m not fucking leaving it. It’s going to get killed out here right next to the street, or some little kid is gonna find it and then it’s gonna be equally doomed. Fuck you for saying we should leave it.

So, after making him feel bad about it, (which he should) I instructed him to guard the owl, while I searched for something to carry it in. I found a Dollar General and began to sift through the dumpster. To my delight, I found a empty Reese’s box. It seemed deep and secure enough, so I grabbed it and collected the owl.

Excitement filled my mind with every step home. I have an owl! Should I keep it? Train it to attack my enemies? Teach it to deliver parcels? So many options. Mostly, I wanted the little guy to be safe. So I called a valleywide animal & bird rescue center, Liberty Wildlife, and told them about my new friend.

The woman on the phone was ecstatic upon receiving my call, and said they’d be sending two Wildlife Responders out right away.

While I waited for Liberty Wildlife to arrive, I spent as much time as I could admiring the cute little thing. All I could think about was how exciting it had been finding him, how awesome he was, and how much I was going to miss him as soon as he was gone. I waited. They arrived within 30 minutes, and before they even examined the owl, they both gave me a hug. “Oh, Thank you, you have done a wonderful thing.” 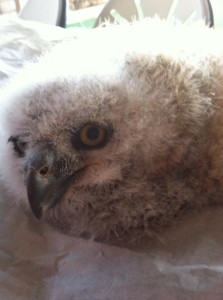 Me: “Oh, ya know, just walking down the street and saw an owl in trouble. No big deal”.

Liberty: “It is a big deal. If some irresponsible person had found him, he’d never be able to live in the wild. He is beneficial to our ecosystem, and we need him. His future is bright. Oh my goodness! He’s a Baby Great Horned Owl! Oh! That’s amazing! Where did you find him?”

Me: “Outside of a South Phoenix pawn shop, at the base of a palm tree. It looked like the nest he was in had collapsed.”

Liberty: ” You got there just in time. The mother wasn’t coming back. You did the right thing”.

They thanked me again and then left. I started to cry. My owl was gone. I missed him already. They told me I could come see him anytime I wanted.

So, after they made me feel really good about it, they informed me that the owl will be raised, taught how to hunt on his own, and then be released. I was very pleased to hear this, and I most certainly wanted to be kept updated on his progress.

Liberty Wildlife kept true to their promise, sending me photo updates on how he was doing. I was glad they were taking such good care of him. He was my friend, after all.

The Kwakiutl Indians were convinced that owls were the souls of people and should therefore not be harmed, for when an owl was killed the person to whom the soul belonged would also die. So there you go – I rescued a person. I fucking rescued a reincarnated Native American.

More weird shit from de’Lunula:
Cthulhu Is My Fetish
Statement of the Kennel Killer
On Grabbing Ass: A Delightful Game For Oldentyme Gentlemen
Behold Arizona Artist Dean Chetwynd’s Apocalyptic Visions
Sir Charles Barkley Is The Tom Clancy of Basketball
I Love You From The Bottom of My Liver — On Organs And Romance

Tags: birds in arizona, daniel langlois, delunula, owl, phoenix, weed
Previous postGo To This. Cream Yourself. Tell No One, Ever. Next postAn esoteric but brief epistemological diversion