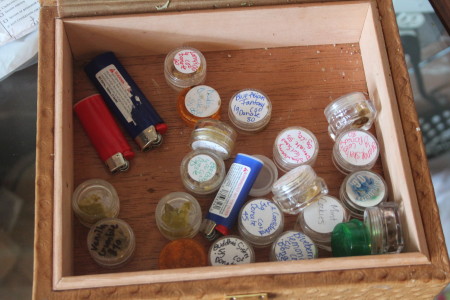 From the Pot Blotter

There are many myths surrounding medical marijuana that have since been disproven by hard science, including research sponsored by the federal government (that they’d all hope you’d forget!). No, smoking cannabis does not make you any more stupid or lazy than you already are (but it might make you more creative), and marijuana is not exactly addictive and it’s definitely not dangerous. But with those three arguments out of the way, many prohibitionists revert to the “save the children!” argument. Luckily, that defense isn’t valid either.

For the numerous states that have passed laws allowing for medical marijuana, they have seen ZERO, NADA, ZILCH increase in adolescent use of cannabis. This, according to a paper published by the National Bureau of Economic Research, a non-partisan research firm based in Cambridge, Massachussetts.

According to the authors, “Our results are not consistent with the hypothesis that the legalization of medical marijuana caused an increase in the use of marijuana among high school students. In fact, estimates from our preferred specification are small, consistently negative, and are never statistically distinguishable from zero.”

What this means is that medical marijuana, besides providing relief and treatment for patients on a variety of conditions mainstream medicine often fails to address, actually has a positive effect on adolescent drug use! Who knew that decriminalization would lead to less drug use? Well, the Portuguese knew that, but I digress.

But wait, you say. Isn’t that just one tiny study? Surely it’s not conclusive. Not at all. Another study published earlier this year in April echoes the NBER’s findings. The Journal of Adolescent Health examined teen drug use over a 20-year period in states both before and after legalization, comparing cannabis use to states without progressive medical marijuana laws. Researchers concluded, “This study did not find increases in adolescent marijuana use related to legalization of medical marijuana. … This suggests that concerns about ‘sending the wrong message’ may have been overblown. … Our study … may provide some reassurance to policy makers who wish to balance compassion for individuals who have been unable to find relief from conventional medical therapies with the safety and well-being of youth.”

But that’s not all. A 2013 study published in the American Journal of Public Health also determined medical marijuana has had no “statistically significant … effect on the prevalence of either lifetime or 30-day marijuana use” by adolescents while a 2011 study by researchers at Brown University in Rhode Island examined more than 32,000 students and found the similar results. In 2007, even researchers at the Texas A&M Health Science center had to agree: “consistent with other studies of the liberalization of cannabis laws, medical cannabis laws do not appear to increase use of the drug.”

So the next time you hear someone say that medical marijuana programs are bad for the kids, point them in this direction. Not only does medical marijuana NOT impact teen drug use, it tends to decrease it. And that’s just reason number #49305305 why marijuana should be legal.

Tags: delunula, marijuana, pot blotter, weed
Previous post'Tried to spit in the soul, only got the face' -- 26 Poetic Russian SPAM Tweets Next postDARE Programs Across The Country Are Losing School Funding