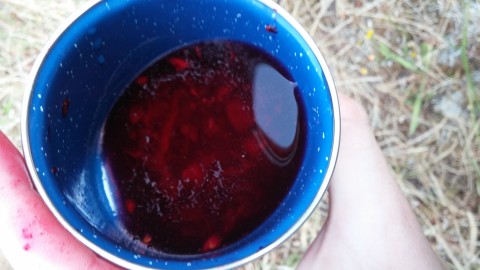 The sun sank as the stars made themselves known. Two vaqueros crouched in a field in front of a fire made from dry brush and stolen fenceposts. They were young, yet not as young as you might think. Their eyes have sorrowed much in this world.

I could use somethin to help me relax, the first vaquero spoke.

I hear you bud, the second said. Whats there to make?

The first cowboy leaned over, pulling his saddlebag toward him in one motion and opened the pouch, sliding his hand in.

You got any more mescal? he asked. The other cowboy nodded.

I still got me a couple prickle pears from before.

He took out the fruits of cactus and his belt knife and began chopping them on a tin plate that had held not ten minutes earlier the beans from their dinner. He was making himself a McCarthy Cowboy and you can too. Here’s the recipe: 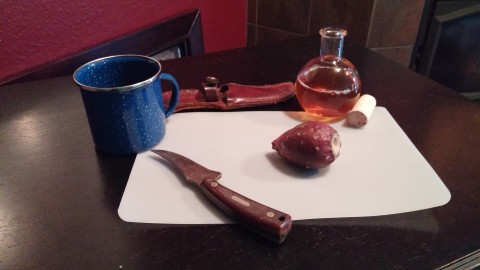 Dice up the prickly pear into small chunks using the sturdy work knife your father gave you that belonged to his father and his father before him and was used to pull out flint arrow heads from wounds visited upon the invading whitemen by redblooded cherokee defenders when this land was first tamed. 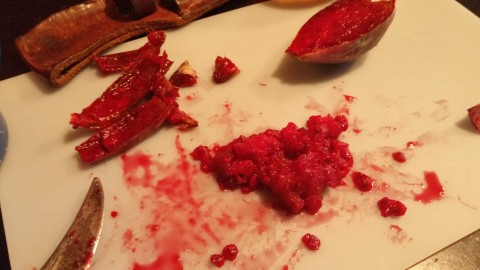 Place the prickly pear cubes into a tin coffee cup, as grandad always said that fools and fools alone bring glass onto the wide prairie. Proceed to mash the fruit bits in the cup using something flat and heavy such as a tejolote made of volcanic rock from the heart, the corazon, of Mexico, that alien country to the south. 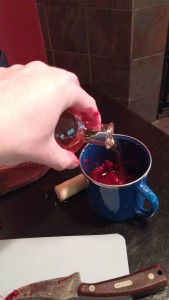 Add one or two splashes of mescal and then stir the oily yellow liquid with the fruit well. Drink the resulting viscous concoction with your pard or brother while on adventures in a strange land under the eyes of strange gods.