Return of the Ketchup Messiah

Alright bucko, it’s 20XX and the shit has hit the fan. It’s been over a year since we, the sage teachers at De’Lunula, taught you to make the almighty KETCHUP SOUP, allowing you to prevail in this wasteland of despair.

Now that all the zombies/flesh rippers/shark men have starved to death, all you have to deal with are the cannibal gangs creeping all over the place. By now, you’re pretty handy with condiments, and have amassed a small following of ketchup acolytes. It doesn’t hurt that you step on heads in sauce induced rages every time you get in a fight.

Despite their lipservice, you know that they are wavering in their devotion. Are you a one trick pony? they ask. Are you really the ketchup messiah, or a liar?

Rather than step on the heads of the heretics, you must perform a miracle to assure them you’re the next goddamned son of the great condiment bar in the sky. 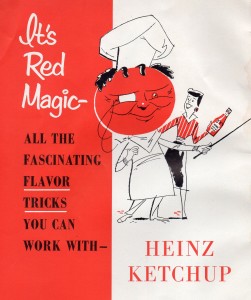 Don’t worry, it’s not that hard. Remember ketchup soup?  Just make a bunch and then choose-your-path: the holy route of the spaghetti of Light, or the unholy route of the chili of Darkness. 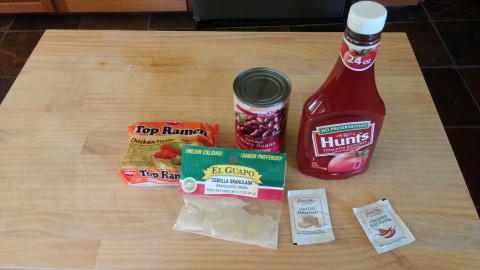 For the spaghetti of Light and goodness, merely prepare some ramen (boil that shit for 3 minutes, yo), drain the water, and mix together with the soup. You’re going to want a fair amount of soup, at least 16 oz per packet of ramen (think about those cans of ragu your poor mom used to buy from the store). 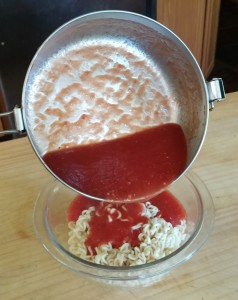 For the chili of hatred and despair, prepare your ketchup soup beforehand. Leave it heating in your pan, and add the ingredients for chili. All of the fuckers across America argue over what goes in chili, so you make up your own fucking mind. I think chili should have at least one type of bean, some onions, garlic and meat.

Since meat is about as rare as toilet paper this days (really fucking rare), I only scrounged up a can of kidney beans and some onion powder. Mix all of it together, let it simmer a bit more so everything is evenly heated, and there you go. 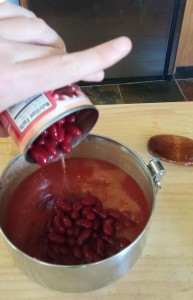 And the judges decide: Once again Light prevails over Darkness. The “sgetty” tastes like Spaghetti-Os, while the chili tastes like Vaseline and vinegar.

Now you have shown your might, just as Moses did that one time hit his staff against the rock and ketchup poured out, feeding the Israelites. Your followers are awed, and will never doubt you again. You have stopped the grumbling of their mouths and their stomachs. 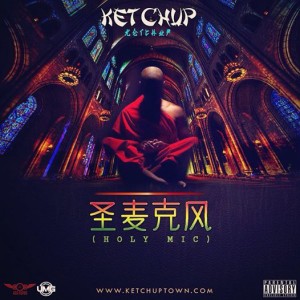