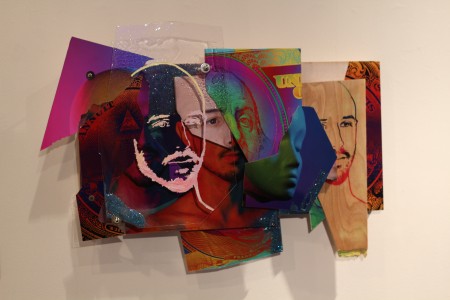 I think I have social anxiety because everyone has social anxiety these days. I think it’s because everyone has become used to responding to things digitally, which lets you carefully curate and cultivate whatever cool you wish to appear. We forget how to converse normally or get nervous when we do. Even one-on-one conversations feel like public speaking events. We never know how much eye contact to make.

I get social anxiety after conversations, but not usually during. During analogue or especially public interactions, I try to talk like a normal person (but I think this skill has lapsed in me or else never existed) and basically ignore how I come across with little or no self-consciousness. Afterward, I overanalyze every detail of what was said and wonder how exactly I could be so moronic, then consider how long it will be before I go outside again and wonder if I should apologize, but never do and hope that acquaintances just forgive me or won’t find me intolerable or don’t talk about me behind my back.

Maybe keeping a blog about all this will help? So here it is: the Social Anxiety Report. Let’s get into it, because I’m already starting to feel self-conscious.

This takes place Third Friday over on Roosevelt. Modified had some really boring art that I caught at First Friday I think or else have seen before — overpriced acrylic paintings of decrepit buildings. I walked in… a small crowd of people, some wine, the curator (or I think she was the curator — maybe she was the artist) standing, hands clasped… and I immediately walked out. Later, I felt this was rude and thought I should have stayed longer and pretended to care so not to offend anyone.

In the next gallery, I forget the name because it seems to have changed recently, I ran into a writer friend who was eating cookies so we made an awkward conversation and then I got a small amount of wine and looked at the art. I liked the use of color and texture — these brilliant blue shades with stippled dots everywhere and this gold leaf stuff. I didn’t like the random words that were matted in. They were distracting. I went to the back room, which had been painted like a blackboard and people were writing things on the walls with chalk but it was crowded and I didn’t want to seem intrusive so I left.

Then I ran into other people and had conversations that I felt were kind of forced or didn’t accomplish what I’d hoped or maybe they were rushed. One of these conversations was with James B. Hunt about watching the sky for something. Then I went to Monorchid. Bill Dambrova, whom I have never heard of before but we are apparently friends on Facebook, is a really talented artist so that’s a relief. I hope he doesn’t delete me. He had surrealistic anatomical paintings of cartoon characters that used a really detailed form of shading that made me wish I had $20,000 to cover an entire room with. This is the kind of art that makes me wish I was an art collector, but this fantasy always feels kind of self-indulgent. Maybe I should be imagining myself as more of a philanthropist. I didn’t speak to anyone, but I grabbed one of Bill’s business cards, which has a goat and a heart on it. I don’t know what this means. 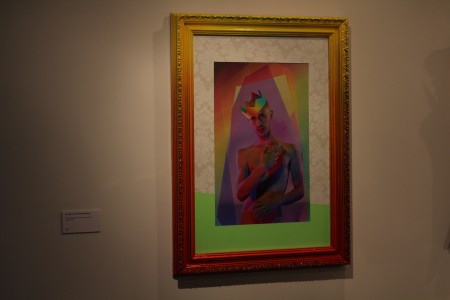 I went to Daniel Funkhouser’s new show, which was really my favorite part of the night. His layering is just so meticulous and the colors are exciting and yet, because they feel so synthetic and alien, they simultaneously make me feel like salivating and slightly uneasy. I guess I’m used to feeling slightly uneasy, so I seek it out — an abusive kind of normal. Daniel’s work was the only thing I took photos of all night because I feel like I’m gawking when I take pictures in other galleries and for some reason really don’t think people want me to do it and if they see me snapping photos, they will think I think I am so into myself when really I think I’m a pretty mediocre photographer, especially when it comes to digital but don’t tell anyone I think this because I need the job. Now I’m thinking about the fact that this blog, the first in a series that will likely never see a sequel, is implicitly terrible as well because it lacks sufficient illustration. Anyway, I interrupted a conversation Daniel was having with a young lady, then only realized I interrupted after the fact. I can’t remember, but I don’t think what I said was really important. I wish I didn’t do that.

Finally, we went to see Christian Bland, a show that was apparently not heavily advertised, despite what appeared in the New Times. I guess I should have shared that article or something but I forgot. In a way, I’m kind of glad it was such a small attendance — only about 12 people were there, not including the opening band, who left after their set. I have seen the opening band, who shall now go unnamed for their behavior (or maybe they just felt socially awkward as well so they left or they had an emergency or another gig so who am I to punish them? But still, they’ll remain anonymous.), once before, like a year and a half ago at Rubber Brothers’ inaugural show and they were really good then, except I was too drunk to remember the show the next day. This band (fine, they were called Mickey and the Mountains, altho I have no idea what this name means or who Mickey is) didn’t play as well as I remembered or don’t remember or whatever, but they weren’t bad. They were like a mix of Playboy Manbaby and Ceremony. I liked their solos. The vocal mix needed work or maybe that’s Last Exit Live’s fault.

Christian Bland was riveting, as you’d expect. I think I agree with him that reverb is spiritual. I felt something in me realign. I danced maniacally, which is one of the few activities I have that I don’t often feel self-conscious about because I frankly don’t care about my appearance nearly as much as I care about my reputation or behavior. So after thoroughly enjoying myself, dancing crazily to every song with my girlfriend, I introduced myself to the band. I think I had a good conversation with Christian, who seemed happy to be in Phoenix. Then I talked to the drummer, whose name I forgot and for some reason tried consoling him for the low attendance, but that just made things more awkward. He laughed it off, but I felt like secretly he might think I was a jerk.

I did not take photos at the concert because I was more interested in the music, so here is a picture of the band from Flickr user Do512 so it ‘illustrates’ the point. 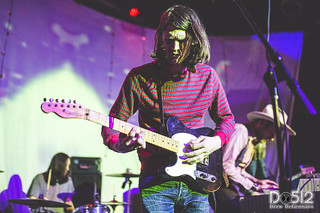 I passed out in the booth at Grand Avenue Pizza, then ate pizza, then went home. There you go. Your very first Social Anxiety Report. I hope it wasn’t as overwrought as I fear it might be. I promise I’m just trying to be honest about my feelings about things and while there might be some exaggeration, my greatest fear is that someone will read this as a cry for attention when really I don’t need reassurance about anything. Also, since when am I an art critic? GAH.