What Will Black Friday Become When We No Longer Need It? 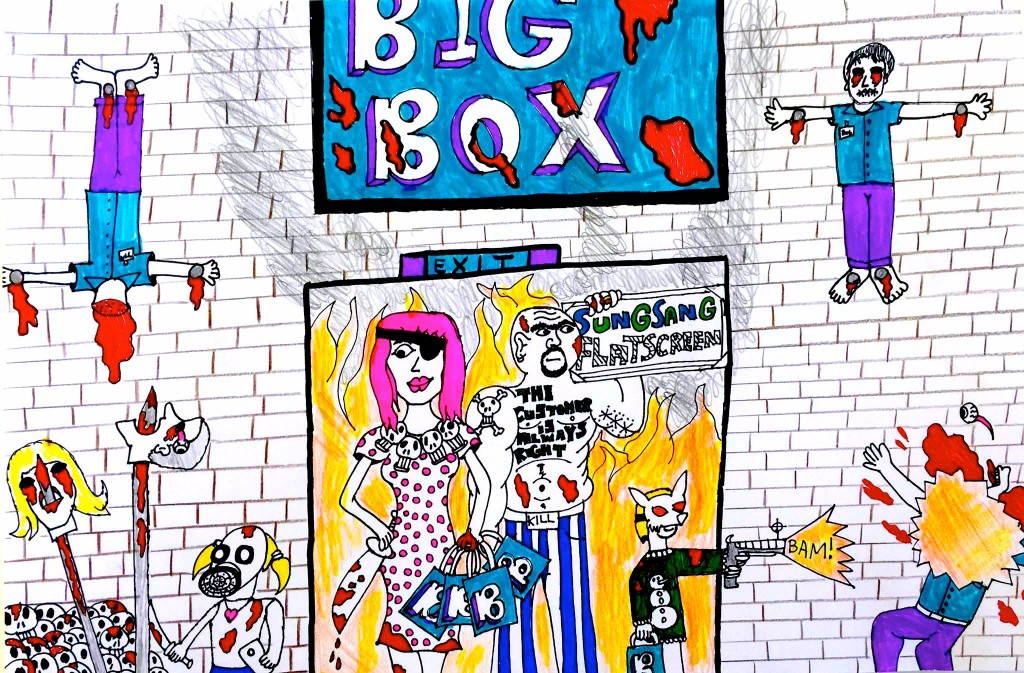 Recreational Equipment, Inc.’s decision to, in lieu of raking in the ‘insane deals,’ close on Black Friday — the nerve! — is undeniably risky, yet undeniably smart. It’s also undeniably marketing. While encouraging consumers to go outside instead of indulging in the largest, longest shopping day of the year, they are also implying you should buy some proper outdoor gear, meaning, hint hint, shop at REI, please!

In other words, REI’s campaign might have a lot less to do with values concerning fresh air and more to do with encouraging you to purchase their products regardless. It feels like a bait-and-switch. Even REI’s dedication to their 12,000 or so employees, who will receive paid time off on Thanksgiving and Black Friday, has been met with criticism, if the backlash on CEO Jerry Stritzke’s reddit AMA is any indication.

There is an important distinction here: outside is not outdoors, it’s not the wilderness. Outside could be a park or someone’s backyard or some bushes by the freeway. REI doesn’t even demand you exercise. Just be somewhere without a roof, not doing what everyone else is doing.

Even though Black Friday is one of the most important shopping days for REI — USA Today reports it as a ‘a top 10 sales day’ for the Kent, Washington-based company — they are simply saying what many have been thinking for a long time: Black Friday sucks.

Keep in mind that every year, multiple people are assaulted, pepper–sprayed, body-planted by cops, trampled to death, sometimes outright shot during Black Friday crowd surges. BlackFridayDeathCount.com gives a quasi-official grand total: seven deaths and 98 injuries, according to the website, which dates back to 2006. In Saudi Arabia, people sometimes trample each other while visiting some of the most important holy sites on the planet. In America, people sometimes trample each other over towels that cost $1.28 at Wal-Mart. Boy, what a deal!

But it’s not enough for the chaos to remain self-contained. Black Friday has now extended all the way to ‘Cyber Monday’ and bled into ‘Gray Thursday,’ giving little to no buffer between Thanksgiving and the surge of literally shopping until dropping. The irony of immediately following a reverent day set aside for family and gratefulness with a day filled with consumerism and greed is lost on many. But it is seemingly not lost on REI.

One could say REI is actually ahead of the curve on this one. Black Friday’s popularity is waning, if only a little. Fewer consumers have been shopping during the Thanksgiving weekend and they’ve been spending less, according to the National Retail Foundation, which notes a 3.6% drop in shoppers between 2013 and 2014. The Foundation also sheds light on why Black Friday, a concept that has existed since the ‘60s, only grew insanely popular during the mid-‘00s (hint: it might have something to do with the Great Recession.)

Online shopping, however, is still as popular as ever and in fact sees higher sales than BF. As the economy improves, it turns out less and less people wish to join swarms of other shoppers falling over themselves and getting into stun gun fights in the mall. Black Friday is truly one of the more barbaric aspects of American culture and perhaps REI strives for a future where such vicious encounters are a relic of the past.

It seems ludicrous, a distant future where Black Friday returns to the limbo where it seemingly existed at some point, returns to being just The-Friday-After-Thanksgiving. But it’s not impossible. And I wonder what we will call Black Friday instead.

Black Friday actually has many other definitions besides the shopping day. If REI’s goals are seen to their logical extreme, perhaps in fifteen or twenty years, when we talk about Black Friday we will remember when the Iranian military opened fire on unarmed protestors in 1978 or when a series of car bombs killed 257 in Bombay in 1993. Maybe we will remember the 2015 Ramadan attacks or the 2009 Jakarta bombings. Perhaps most likely, we’ll remember the recent attacks in Paris.1 Maybe we will follow a day of thanks with a day of global perspective or reverence instead of a day boosting profit margins for big box retailers.

Maybe, but probably not. We would be lucky if Black Friday was only culturally associated with the Lil’ Kim mixtape. In the meantime, we should celebrate whoever or whatever is leading the charge against lemming-like behavior, whether or not it’s a large corporation pulling a social media stunt only to make themselves look good.

1. [Oddly enough, this essay was written on a Thursday, mere hours before November 13th, 2015. If history has anything to say about it, it seems we will have many Black Fridays to come, unfortunately.]↩

Troy Farah is a journalist from Phoenix Arizona. His website is troyfarah.com

More ‘deep’ thoughts from De’Lunula:
Do Banks Steal from You?
Eulogy For Your Internet Fame
Statement of the Kennel Killer
Keep Your Kids Straight and Patriotic by Sending Them to Camp