Ethanol Dossier — An AmeriCan in VietNam 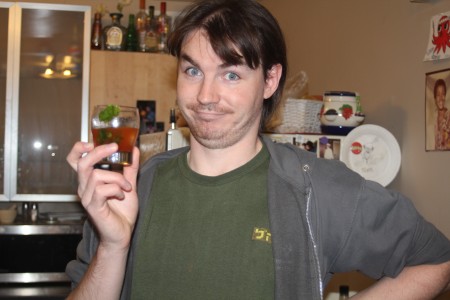 Roger that, I got a charlie nest about six klicks south of here, we’re going to need some napalm on the – Snap out of it, let’s go! OO RAH! SEMPER FI! DO OR DIE!! Oh, excuse me, dear reader, I was merely having a flashback to my days in ‘Nam. It was so long ago, but, well… let’s just say, I’ve seen some shit.

While I was pondering those wicked times, I decided to make a cocktail to soothe my nerves and tickle my traumatized palate. How might one represent an American in Vietnam, you ask? How can one juxtapose a stranger in a strange land? A corn-fed shitkicker lost in the exotic jungles of French Indochina? Easy, I say. Here’s the recipe:

OPTIONAL: Adding a basil leaf or two along with the cilantro leaves adds new depth to the drink, but the combination with the whiskey might be too licoricey for some. 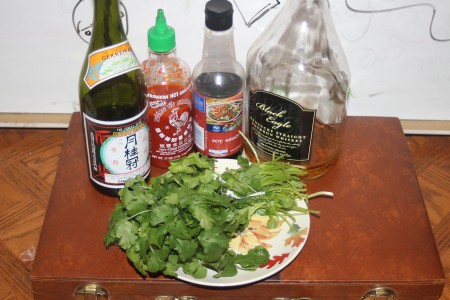 Take the leaves and muddle them at the bottom of a collins glass (any tall glass will do, really). If you don’t have a muddler, or don’t know how to muddle, simply do this: place the leaves at the bottom of your glass, take something long and flat-ish at the end, like a wooden spoon, and stick it in the glass and try to mash the leaves a bit.

Next, put in a few ice cubes. Squirt the sriracha directly on to the ice cubes — this part is entirely relative to your tastes. The drink is incomplete without a little bit of Asian heat, but the total amount is up to you, dear reader. 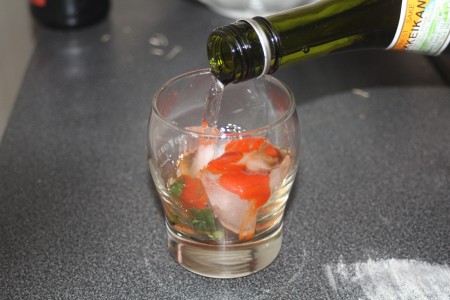 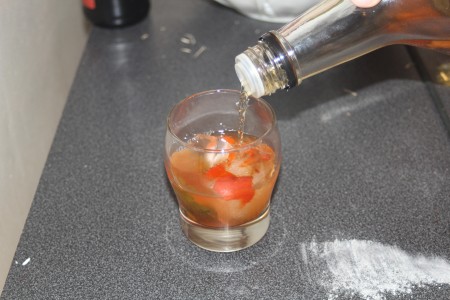 Next, add the sake, and then put in a couple drops of soy sauce. Only a couple! More than three-to-four drops completely changes the flavor of the drink. Now, add your whiskey. Mind you, it has to be an American whiskey (i.e. bourbon). Now all you have to do is stir it up, and then enjoy! 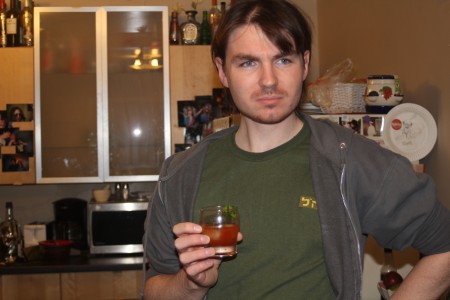 And the judges decide: we’re not really sure on this one. Three judges tried it, but each judge had a prejudice against one of the ingredients: one hates whiskey, one hates hot sauce and the other hates sake. It seemed okay, but the ingredients did not mesh together entirely. We could taste the sriracha and the sake and the cilantro and the soya separately. We encourage you to try it! It’s not a bad recipe, just let us know how it comes out for you and how to fix it!

Got any weird drink mixes or recipes your stoned/drunk friends “invented” at two in the morning? Sail them on the high seas of the internet to [email protected] or leave them in the comments.