No Talent? No Problem! How to Shit Music When You Can’t Fart A Note 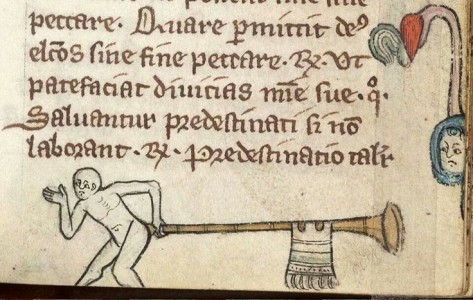 When Alex Turner and Jamie Cook received guitars for Christmas in 2001, neither knew how to play. According to drummer Matt Helders, “When we started the band none of us played anything. We just put it together. They all had guitars and I bought a drum kit after a bit.” These three musical morons would become the core members of The Arctic Monkeys, who only five years later went on to be the first band in history to win both “Best New Band” and “Best British Band” at the NME Awards. 25 more awards and 61 nominations later, The Arctic Monkeys have become much better at playing guitar and drums, but the sound of their music has remained as raw as their original material.

Bands like The Arctic Monkeys realize that instead of wanting to hear something complicated, audiences mostly listen to music just to have a good time. And if you can have a good time when you’re onstage, the people watching you are probably going to have a good time, too.   Being a great musician doesn’t mean the same thing as being talented. Bands like The Sex Pistols, The Germs and The Ramones share origin stories similar to The Arctic Monkeys and are hardly alone among the musically inept who went on to greatness. With the right attitude, it’s something anybody can do. 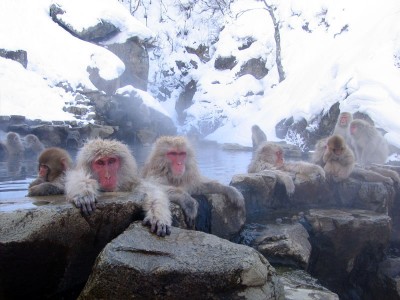 Broadly speaking, there are two types of musicians—those who use their talent and those who use their tricks. The best musicians use both, but personally, I’ve always preferred the tricks. The best musical strategy I know is to start out a song quietly, then gradually get more energetic toward the end. A simple song that plays the same chord progression over and over again, like The Arcade Fire’s “My Body is a Cage,” can suddenly become an epic ballad when each consecutive verse comes with new background instruments and more volume on the organ.   You can also flip this strategy on its head by suddenly getting quiet in the middle of the song, like “Blister in the Sun” by The Violent Femmes. And everybody should know the secret to writing a catchy riff is to play the same short melody twice, but slightly change the ending the second time, like in AC/DC’s “Back in Black” (or change the beginning the second time, like in Led Zeppelin’s “Heartbreaker”). And then there are even easier tricks.

You can make an audience think you’re playing a face-melting solo when you’re really only repeating the same four notes and those four notes are also probably going to be more welcome to listeners than a 20-minute jazz bass solo filled with complex key changes, modes and resolutions. With enough practice, musicians may balance themselves between talent and trickery, like Jimi Hendrix, who was somehow capable of playing uniquely beautiful solos with his teeth. But if you’re more interested in putting on a good performance than you are in becoming a guitar hero, it’s better to be like Johnny Ramone, who played the solo for “I Wanna Be Sedated” by using the same note 65 times.

OK, so what if you don’t know how to play even one note? What if you’ve never even picked up a guitar before?

Well, do you know how to clap?

Composer Edgard Varèse defines music as “organized sound,” saying, “to stubbornly conditioned ears, anything new in music has always been called noise.” So if you want to make music, it’s time to start making some organized noises. Clapping, whistling, clicking a pen, punching things, burping and farting can all become tasteful melodies and rhythms with a little effort. Charles Spearin from Broken Social Scene and Do Make Say Think has created an album where all the songs are improvisations on the human voice, recorded from interviews he made in his neighborhood. Good sounds can be found anywhere (shutting the door of your refrigerator sounds almost exactly like a bass drum), but you’ll only find them if you start looking and listening. Here’s a video of some people who can play the hell out of broomsticks.

Of course, this begs the question of what should count as a musical instrument. If everything makes music, can anybody not make music? Even if you don’t agree with Varèse’s definition of music, good luck trying not to make sound waves. When you put your emotions into noises you can’t help from happening and organize them to the best of your ability, congratulations, you are making music. It could be that you’ve been making music your entire life without realizing it.

Still, many people simply think they “can’t” play music. Maybe you’re one of them. Why? Are you worried about being a bad singer? Stop worrying and take a minute to listen to Bob Dylan or John McCrea from Cake, both widely loved for having distinctive voices instead of sounding perfect. Worried that you’re tone-deaf? Considering tone-deafness is a rare condition that only affects four percent of the population, so you probably aren’t afflicted. And even if you are, you can still go on to become a great musician like Pink Floyd frontman Roger Waters, who was so tone-deaf he needed keyboardist Rick Wright to tune his bass when they played together. Or maybe you think your hands are too big and clumsy, or too small and frail, to even hold an instrument—let alone play one. But Gypsy Jazz legend Django Reinhardt didn’t let the fire that disfigured half his playing fingers keep him away from his instrument, and having one arm didn’t stop Marc Playle from making it into the final round of the Guitar Idol contest in London. 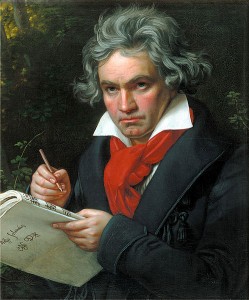 I was deaf when I wrote my 9th symphony. What’s your excuse?

You don’t need to spend years practicing scales or learning music theory to be able to play your first show next weekend—you only need to book a venue. You’re probably not going to start out playing at Carnegie Hall, but if you look in the right places somebody is bound to let you rock out in their basement or garage.   If all else fails, there are always open mics. If you’re worried about sucking onstage, going to open mics is a sure confidence-booster. And in any sort of art, confidence is key.

Maybe suddenly screaming your grandmother’s bundt cake recipe or beating pots and pans together out of rhythm will make you feel embarrassed, but even if you think it’s bad, don’t stop. If you can make these sounds confidently, they will be unique. You don’t need to be good. As songs like Frank Zappa’s “Help, I’m a Rock,” The Beatles’ “Revolution 9” or Pink Floyd’s “Several Species Of Small Furry Animals Gathered Together in a Cave and Grooving on a Pict” show, you can stand out just by artfully arranging noises.   And if you still want to learn to play “real” instruments like guitar or piano but don’t know how, take a hint from The Arctic Monkeys and pick one up anyway. Then go play a show. When you hit a wrong note, as even the most technically-minded musicians are bound to do from time to time, laugh it off and put on your cool face. Let the audience know you meant to do that. Like a magic trick, you can use music tricks to turn even your worst mistakes into what seem like amazing innovations to the rest of us.

Eli Stubbs is a socialist entrepreneur and an accomplished chain smoker. He lives in Habanero Springs with other people’s wives and children. And, yes ladies, he knows how to play guitar.