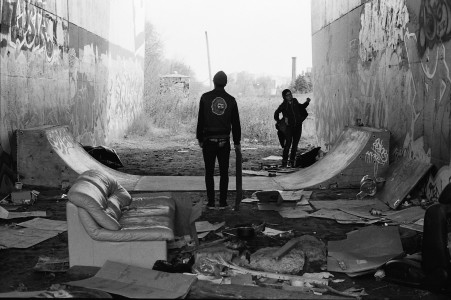 All photos by Dimitri Karakostas.

Brooklyn’s Dimitri Karakostas gets around. His scratchy negatives are like the beatup, bleeding kids rolling on skateboards through suburban wastelands. And in the process of getting washed in all that grim, grease and grit, there’s a lot of self-discovery. Oh hey, there’s like, one titty in this photo collection, so I guess that makes it NSFW. 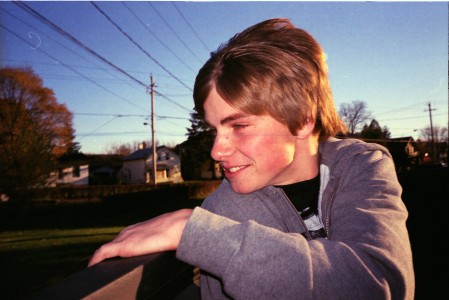 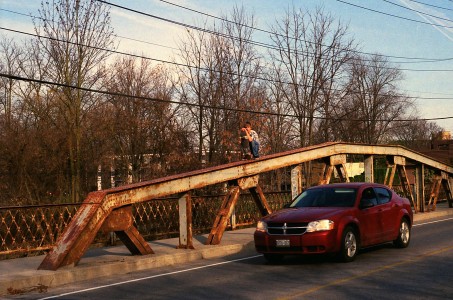 How long have you been a photographer?
Been shooting ‘seriously’ for 10-11 years. I was probably in 9th grade when I started shooting photos of my pals skating and catching tags- bad kid stuff. It escalated to wanting to shoot everyday, so my output in those two fields suffered as I was constantly coaxing my friends to do more/better pieces/tricks for me to flick. 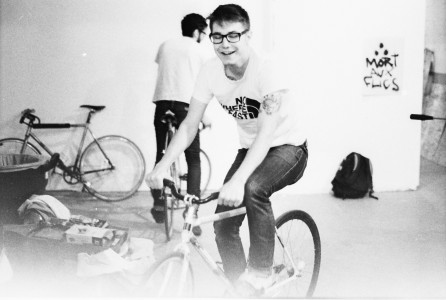 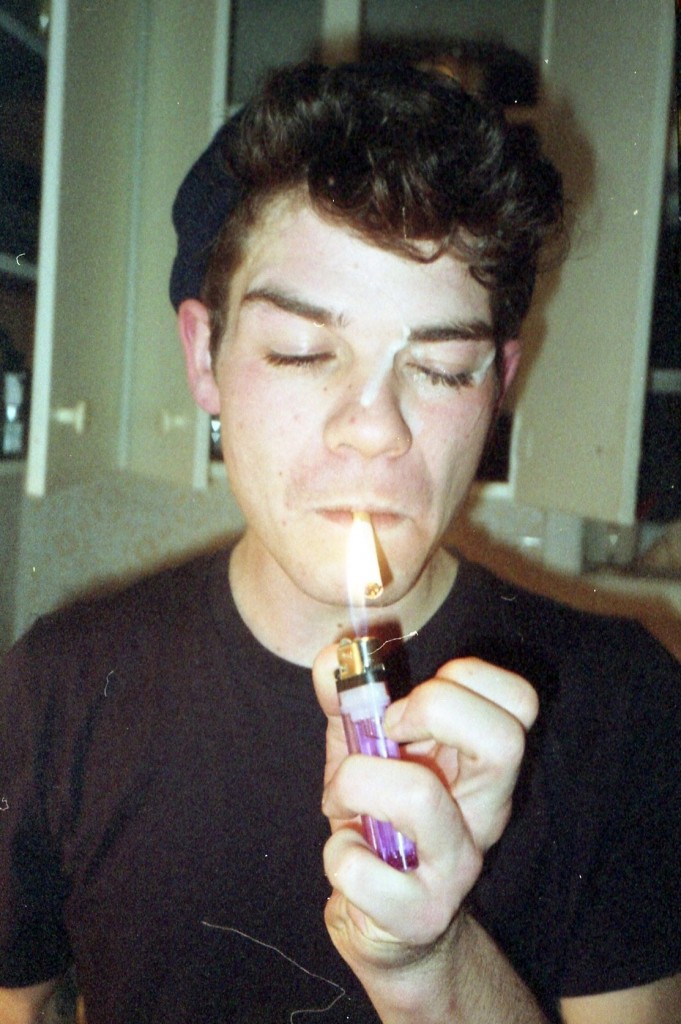 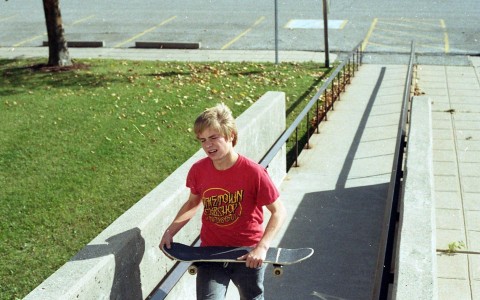 What kind of cameras do you use?
Right now, a Nikon F5 with a beat-up 50mm is my go-to. I just love how that camera feels- built like a tank, can handle my abuse. Otherwise, I carry a Stylus that’s been smashed to hell and a stray Canon SLR that’s seen some better days. I’m not really a gear jock, but I do need a new rangefinder… 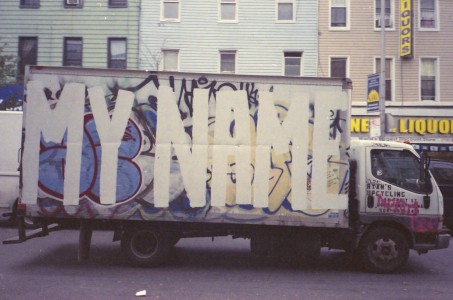 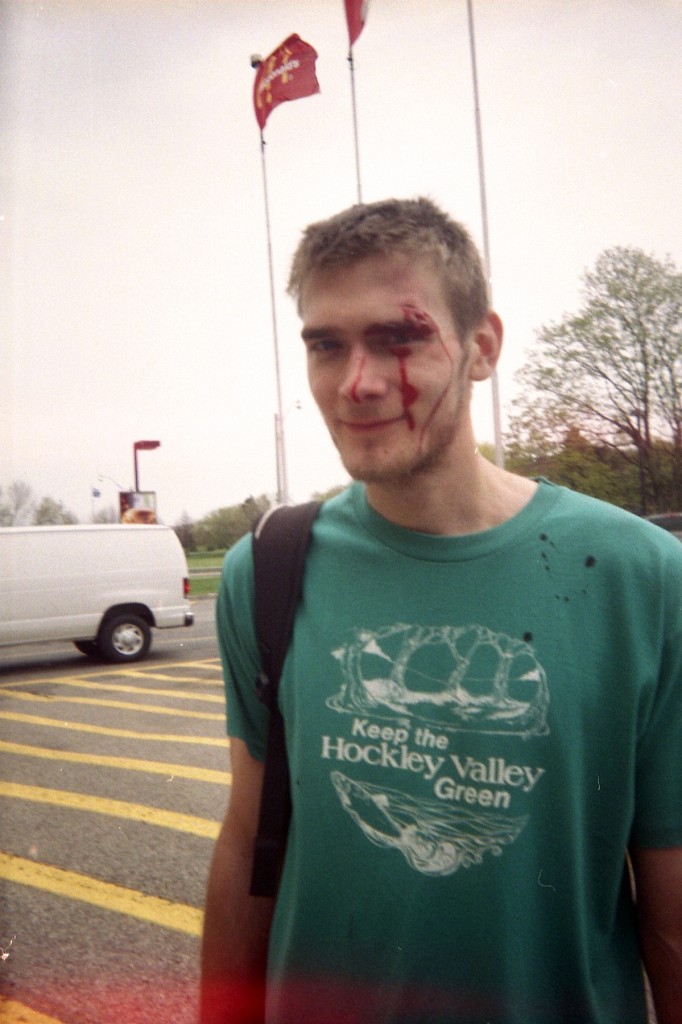 Why film?
It’s what I know. I shot on digi for a second around 17-18 and lost all those JPGS on a crashed hard drive so… Yeah, never again. I like touching my negs, scratching them and getting them dirty… I want people to know they actually exist. 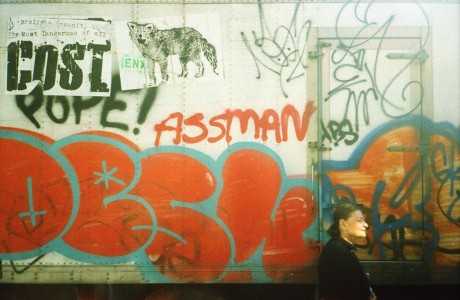 Do you self-develop or where do you go to develop your photos?
Self-process black and white forever, color and slide goes to Enla! Y’all NYers know what I’m talking about! 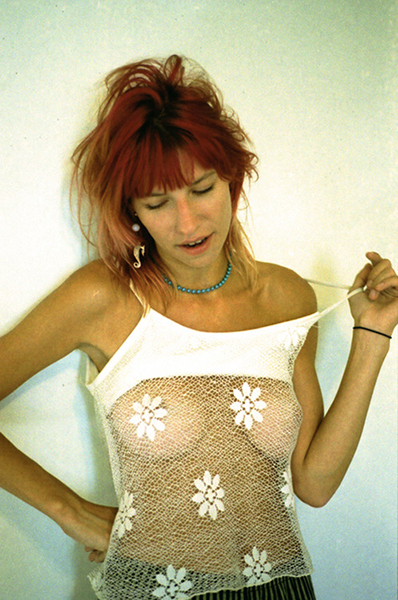 Any advice for film photographers starting out?
Don’t stress! Waste film! A lot! Do ya thing young homie!