The Greatest Concert Venue Of All Time Is In Phoenix. 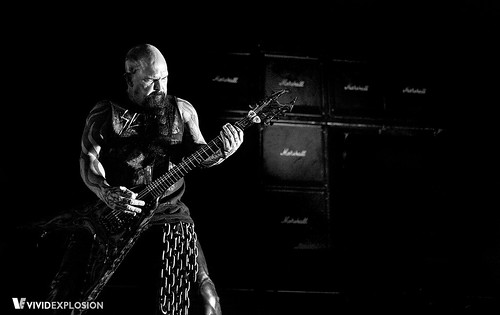 There aren’t many favorable things I have to say about my twenty-three years growing up in The Valley of the Sun. There is one locality however, that I will forever long for an analogy. That place is Ak-Chin Pavilion (formerly known as the Desert Sky Pavilion, Blockbuster Desert Sky Pavilion, Cricket Pavilion, Cricket Wireless Pavilion, Ashley Furniture HomeStore Pavilion and probably a dozen other stupid, fucking corporate names. I’ll be calling it Cricket, the only suitable name.)

This struck me sharpest while I attended my first rock concert at Red Rock Amphitheatre in Colorado, where I now reside. The Red Rocks are a world-renowned outdoor stadium carved from ancient cliffs along the foothills of the Rocky Mountains. It has been host to nearly every notable musician of the last century. To play there is a humbling achievement in any career, strumming in the same space as Hendrix, The Grateful Dead, and The Beatles, once held so dear. Peering over the musicians one can see the infinite eastern plains of Colorado, downtown glimmering in the distance as majestic rock formations jut out of the earth as if placed there by gods for our aesthetic benefit.

I was there recently to see my beloved Nine Inch Nails, a band I’ve adored for decades. In spite of all the history and eye candy, the show kind of sucked. I’ve come to accept my gripes about most venues, but I’ll always wish I was back home, sweating at Cricket. Instead of itemizing its qualities I’ll exemplify them with my personal experiences:

My first induction into the unique atmosphere that exists here was a Marilyn Manson/Slayer concert back in 2007. After the appropriate amount of tailgating in the parking lot, we crossed the threshold into glorious gothic chaos. Leather and chains abounded. Withering white-haired men dragged by leashes affixed to their nipples, pulled by obese vaudevillian women in corsets. Yes, plural.

Now I must be clear that the only way to experience a show here is on the general admission lawn. Confining yourself to expensive chairs in ordered rows will expose you to only the most standard fair. To truly thrive here you must be among the free-ranging masses on the lawn in the back. You’ll hear and see everything just fine, trust me.

As the night progressed, drugs and liquor smuggled inside begins to flow freely amongst new and vague friends. Excitement builds, mob mentality is induced by rebellious chants from the stage, compelling thousands of dissident youth to sing along, pumping their fists. Rowdiness is too subtle a word for the chaos that ensues. Before long, every dumpster has been sifted through for anything that will burn, portapotties are looted for all their paper, and the occasional queer folk, anticipating such anarchy, bring their own flammable contributions. Bon-fires erupt all over the lawn. Too quickly for security to blame anyone or bother extinguishing. The fires bring their own fun in leaping over the improvised flame, berating idiots for throwing in plastics and the subsequent fumes. But the real fun is in their consequence as fire trucks line up behind the venue, prepared for this inevitability, they begin to spray their hoses over the entirety of the lawn. Cascading walls of water that soak you through in an instant. This serves as no deterrent in the summer heat.

This is when things get competitive. Pyros scurry around to maintain their fires, to set new ones where it is still dry. The waterfall creates mudslides all along the slopes of the lawn turning the venue into an impromptu water park. Drunks sliding a hundred feet down a hill, careening uncontrollably into strangers, mud splatter and splash covering everyone in loose grass and dirt. The unity this creates is bizarre. Suddenly, we’re all friends and despite the lawlessness, we all know fun is the only objective.

One memory, unique to this show, was amidst the decadence instilled by Marilyn Manson. We met strangers that we ended up imbibing with and as rhythm took hold a long trail of people began grinding one another creating a train of sensuous bodies all there for the moment. I didn’t know the girl I was touching and my friend Courtney behind me, holding my hips, didn’t know who was touching her, but we all loved it.

On the less intimate end, mosh rings become slippery death traps (though the unwritten code among metal fans prevents any real danger. An elbow to the jaw is just something that happens, but if you fall to your knees or drop your glasses you will find unanimous sympathy.)

This may all be to the chagrin to the venue managers obligated to repair the damage done to the grass or anyone more civilized, but it seems almost understood that this is worthy price to pay on some nebulous grounds. They have our money, which more than covers the cost of a few yards of grass. Allowing us to tap into something timeless, that raucous good time we all feel like we’ve missed out on, that keeps us coming back for more. And we did. I went to as many shows at Cricket as I could, making memories that I couldn’t have anywhere else on the planet.

Everytime I’m standing in my allotted space, cautiously bobbing my head as not to disturb my surroundings, I wonder why I bothered seeing my favorite speed metal band at whatever milquetoast venue I find myself at, I remember “Oh yeah, there is only one Cricket Pavilion, and it is far, far away.”

[Editor’s note: It seems impossible to find usable pictures of this carnage online, but believe us, it happens. Send us some if ya got ’em to [email protected]]

Aaron Miles couldn’t handle the simple task of writing a bio in third-person unironically. He later went online to make sure “unironically” was in fact a word. He was fairly certain, and was in fact correct. Miles wants to change the world, but in reality is just an above-average billiards player.