CHERNOBYL UPDATE: Mutants Are Not Rampaging, Not Eliminating Mankind 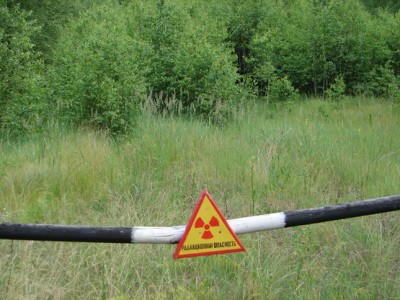 I swear to god, every single day another futuristic sci-fi idea gets destroyed by facts. I hate it.

There are a couple of new studies on Chernobyl out concerning the wildlife of the area. Now, it’s been about 30 years since all that cuckoo nuclear shit went down, and the place has been deserted (by people) since then. It’s a little disappointing that it’s not the spooky irradiated wasteland I always hoped it was, but whatever. These studies examine the animals that live there (since they don’t understand human calls for evacuation), and how horribly, disgustingly mutated they have become. Which is not really that mutated very much at all.

The Chernobyl Alienation Zone (via)

I mean, the study really only focuses on breeding rates and population size, but I’m pretty sure those scientists would have mentioned if they came across 10 foot long moles with spikes along their backs and psychokinetic powers. Probably. Unless they’re hushing it up and the Ukrainians are preparing to weaponize the beasts for use against the Russian aggressors. I’m not too worried, though, because if they get loose, and somehow swim across the ocean to the US of A, we’ll just eat them. Good ‘ol mutant BBQ. They’ve already been pre-tenderized by the radiation!

https://delunula.com/wtf-is-a-hell-pig/
And Stuff to Prepare you for the Apocalypse: