Short film series can be really tricky. Assembling a bunch of short films from different filmmakers and making it feel like a cohesive program is HARD. Best case scenario: The films flow together so well it’ll make the audience wonder if the filmmakers had been working together when they shot these movies. Worst case: It’ll be a painful mish-mash, like getting a mystery box at a Christmas party that’s been put together by a committee of drunks.

Thankfully Full Spectrum Features’ “Chicagoland Shorts Vol. 2” is holding it down on the best case end of the scale. Curated by Beckie Stocchetti of Chicago Film Office & Dan Rybicky of Columbia College and Kartemquin Films, the 90 minute program features 10 short films that feel connected, despite their vast differences in genre, aesthetic sensibilities, and content. And while there are a couple of shorts that didn’t leave much of an impression, overall it was a STRONG set of films. 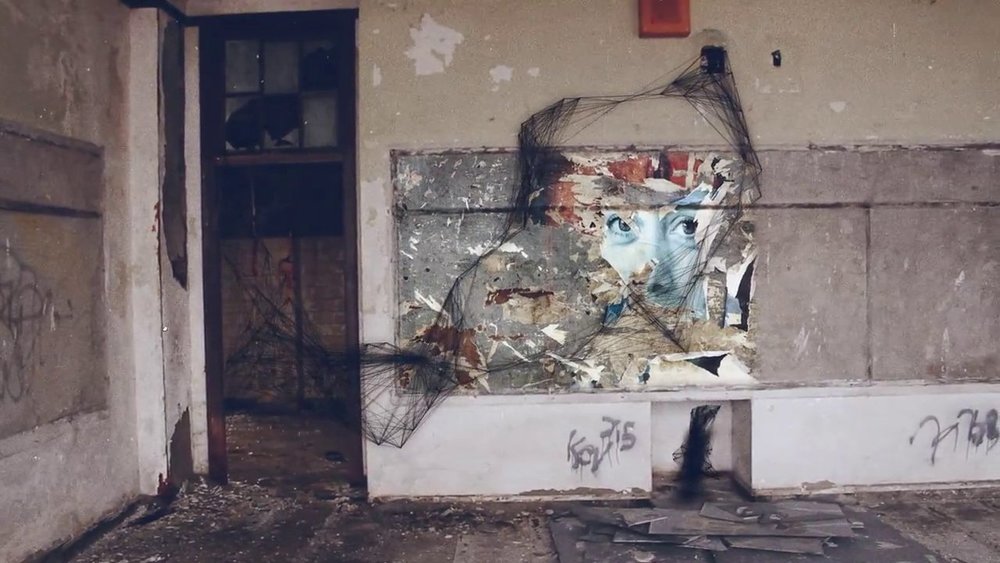 The program kicks off with one of its best shorts: Daniel Davison’s “Edison”. A beautiful yet ominous piece of pure cinema, “Edison” drifts through the wreckage of a warehouse. Tendrils of wispy black lines pour out of dirty puddles and graffiti to form fractal and spiderweb-like forms in the air. The camera follows this geometric swarm as it moves past walls with decaying wheat paste art, through alleyways full of rubble, and onto a rooftop where what looks like a medieval castle rampart is poking up through the warehouse district! Throughout “Edison” electronic music plays, adding a steady pulse that enhances the unsettling beauty of the piece. 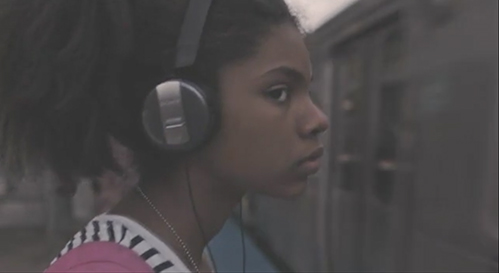 One of the things that makes “Edison” standout in the program is that it’s the only short where there are no people. The closest film in spirit to it is Mina Fitzpatrick’s “Run of Press”, which shows the intense amount of work that goes into the printing of an issue of the Chicago Tribune. While people are seen working the floor of the factory, the real stars are the automated wheel carts ferrying gigantic rolls of newsprint around. They wheel and circle and drift around with eerie grace.

“Run of Press” ends on a wry, dark note: After watching all the manpower and machinery that goes into producing a newspaper, the film cuts to a cafeteria where everybody is either watching TV or on their phone. The only newspaper in the shot is being used as a placemat. “Edison” is a ballet in the ruins of industry; “Run of Press” is a ballet being performed in an industry on the verge of ruin. 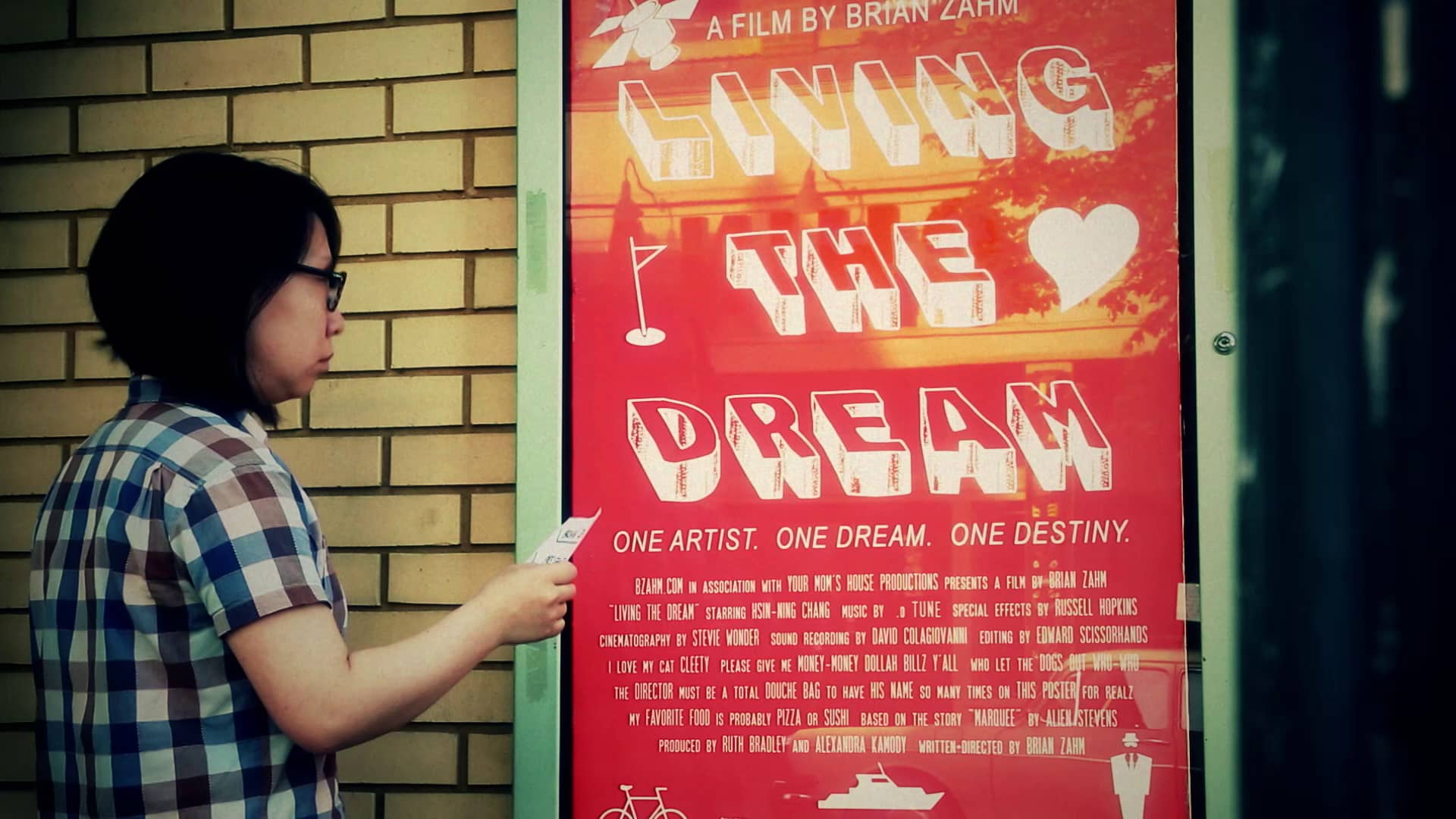 Not everything is doom and gloom, though. Brian Zahm’s “Marquee” is a delightfully twisted short, depicting a theater employee trying to get a marquee up before a thunderstorm kicks off. Aren Zolninger’s “Egok Problems” feels like a throwback to the crazy sci-fi/camp home movies made by underground pioneers like Jack Smith and the Kuchar brothers. It follows a trio of alien aristocrat sisters who are lounging around and being goofs; The “aliens” wear colorful clumps of yarn in their hair and rock eye makeup so thick they could be in a New Wave band.

Monica Thomas contributes a dance piece called “Bound” that starts with dancers doing their steps while balancing books on their heads and ends with them spinning gracefully around stacks of books that they knock down and tear apart by hand. Lonnie Edwards’ “Parietal Guidance” is a moving look at life in Chicago, as a young girl cooks her father breakfast and takes a walk through the neighborhood while listening to meditative, beat-driven music in her headphones. While “Parietal Guidance” is studded with ominous imagery (the threat of gun violence rears its head at one point, and the film intersperses B&W shots of cops arresting black citizens), it also features one of the most heartwarming scenes in the entire shorts series where the girl Alinah has a friendly conversation with a hobo on a park bench.

While most of the films in “Chicagoland Shorts” are tightly crafted and compelling to watch, a few films miss the mark. Shiri Burston’s “Ayinde’s Video Game” acts as a kind of “music video” for Frankiem Mitchell’s slam poem piece. The poem itself is a remarkable piece of work, and Mitchell reads it with passion and conviction. The problem is that the film keeps cutting back to him reciting the piece, interrupting the flow of the rest of the film. Any time the dueling narratives in “Ayinde’s Video Game” gets interesting, we jump back to Mitchell and it lets the air out of the tires.

Jim Vendiola’s “Violets” was one of the longer pieces in the program. Frankly, it would have been much more interesting with five minutes shaved off of it. Jennifer Reeder’s “Girls Love Horses” was the most fractured piece in the program, a strange jumble of blood-soaked carpets, eavesdropped phone conversations, and women with unexplainable wounds on their bodies. It felt like someone trying to do a 12 minutes abridged version of “Inland Empire”. 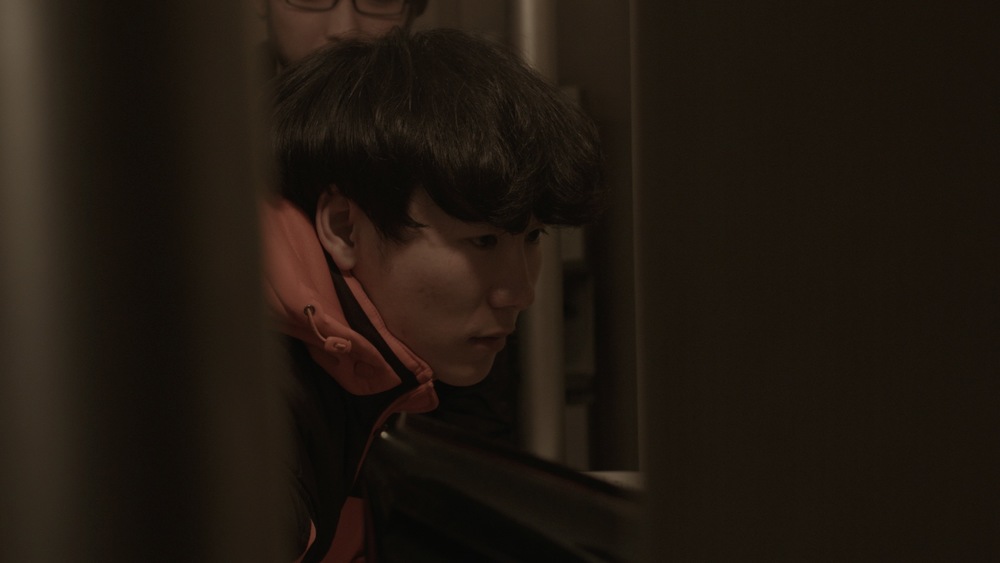 The longest piece in the program, Eunhye Hong Kim’s “The Fever”, was the most fascinating short in the program. A tense 20 minute film, it follows a guy trying to cure a girl’s mysterious ailment by buying some black market drugs. Mystery abounds in “The Fever”: What’s wrong with the girl? What’s her relationship to the main character? Are they lovers, friends, relatives, pimp & prostitute? It’s hard to say.

“The Fever” moves at a quick pace: It does in 20 minutes what it takes the Dardenne brothers 2 hours to do. “The Fever” demonstrates the power of an excellent short film. It cracks open a brief window into a huge world, giving you just enough time to get lost in it that you wish you could stay there a little longer.

Chicagoland Shorts Vol. 2 screens on Tuesday, Dec. 20th at the Found:RE Hotel in downtown. The screening starts at 7:30 (doors open at 7) and is hosted by No Festival Required, who may be putting on future film events at this “art hotel”. The Dec. 20th screening is FREE, but they will also be accepting donations to benefit the Phoenix Center for the Arts (a non-profit org). Full Spectrum Features programmer Dane Haiken will be in attendance (along with some of the filmmakers) for a post-screening Q&A.

If you can’t make it out to the screening on the 20th, this short films collection will also be playing at the Exploded View Microcinema in Tucson on Dec. 21st.