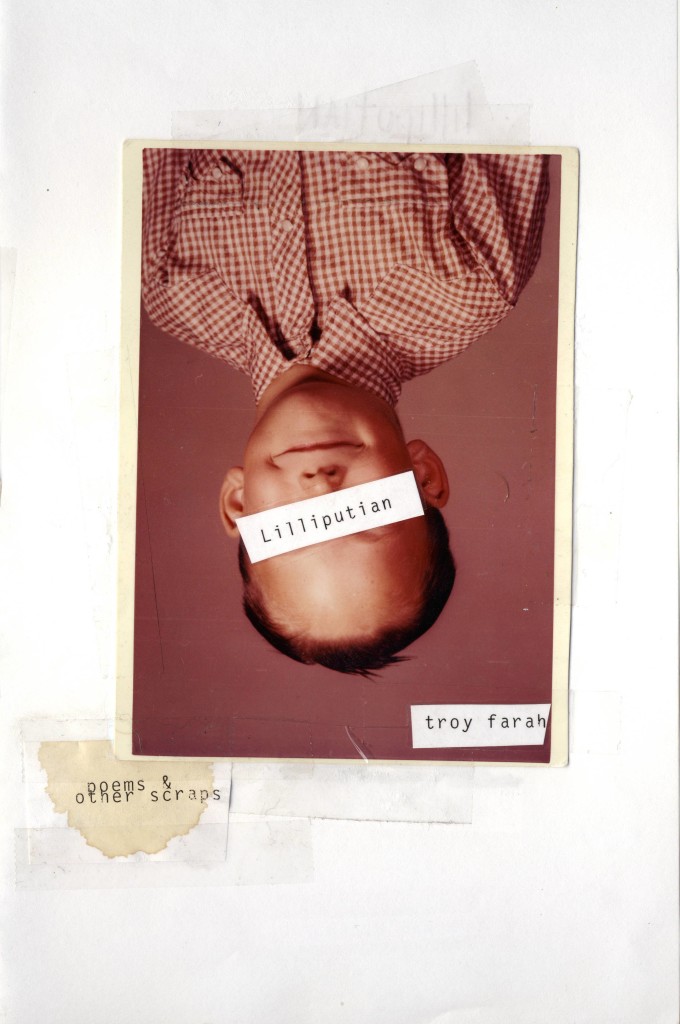 de’Lunula Media are proud to present our latest zine: Lilliputian, by Troy Farah. It’s 22 pages of poems, flash fiction and other manic-depressive scraps written on a typewriter and glued together. Read some of it here, then go pick up a copy. It’s available here at our brand new store. 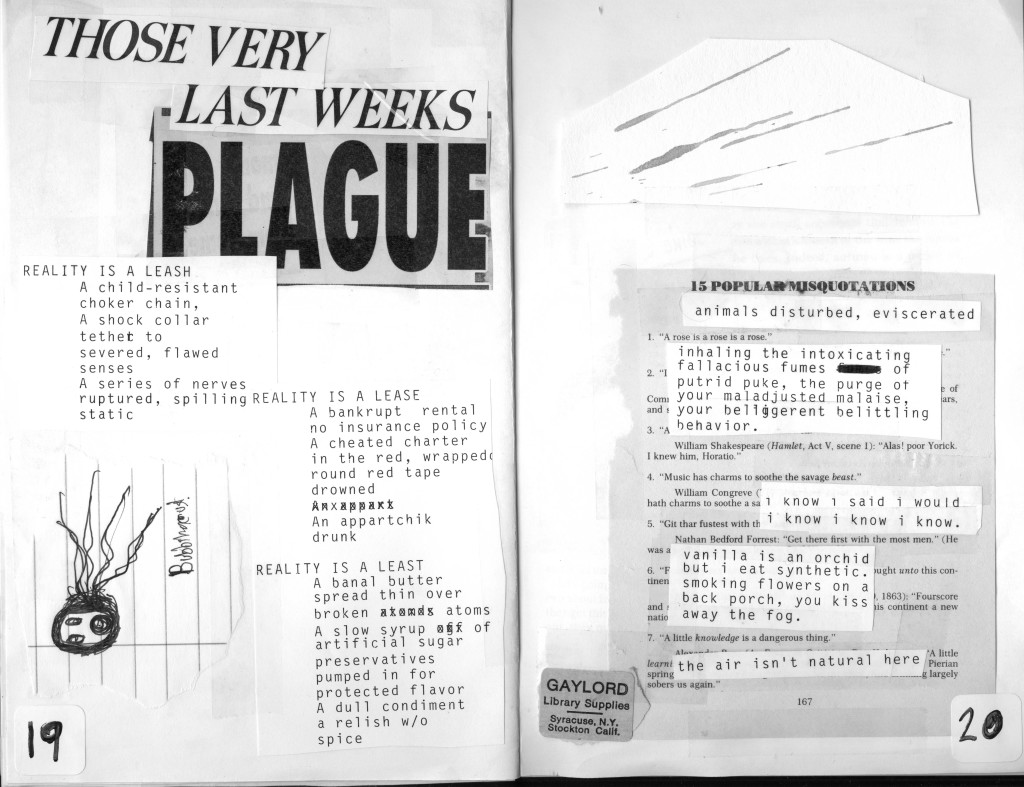 This is what Trevvor Riley, a Hollywood™ director had to say. It was a long quote and the only positive thing we could get anyone to say about this zine, so we’ve included the whole thing:

i was asking troy if i could steal it from some place in his kitchen where he had it resting, forgotten, under dust or bottles of flavored vodka or whatever bizarre things he always has to drink.
i had found it because i drink those bizarre things,
necessity,
boredom,
these reasons.

i was asking troy if i could steal it and he was saying yes and i was reading the entire thing in some mexican restaurant down the street from his house.

every. single. page.
i was honestly, to god honest, completely moved

off of a sentence
or all of the sentences
or a word
or phrase
or image
or something else
that he has so deliberately placed.

his writing reminds me of fashion design. he uses words as designers use fabrics. it’s a beautiful tapestry, his writing.
some of the poems are dresses,
others are suits.
he’s aware of what people wear but wears whatever he feels like. 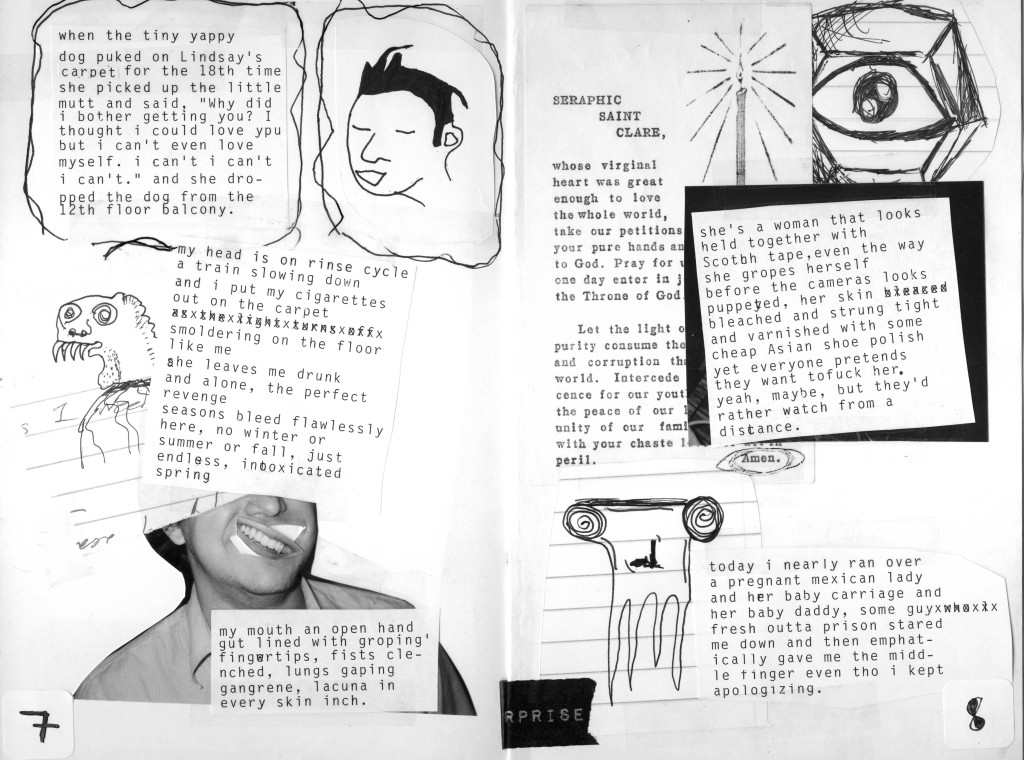 Troy Farah is a regular contributor and editor for de’Lunula, as well as an alcoholic and a journalist. His work has appeared in VICE, LA Weekly, Phoenix New Times and more. You can visit his website here.

If you want a copy for yourself, click here. de’Lunula Media is accepting submissions for future zines and published works. For more info, or to submit, please email delunula [AT] GEE MAIL DOT COM