“The Secret History of Twin Peaks” Keeps The Mystery Alive

“Moving forward in time, it is important that we learn to distinguish between mysteries and secrets. Mysteries precede humankind, envelop us and draw us forward into exploration and wonder. Secrets are the work of humankind, a covert and often insidious way to gather, withhold or impose power. Do not confuse the pursuit of one with the manipulation of the other.” -Mark Frost

Mysteries are a tricky thing. They fascinate and transfix us, begging us to solve them. The problem, of course, being that often times solving a mystery robs it of its power. And most of us know that to be true: We know unraveling a mystery can banish the spell it’s cast on us, but we can’t help tugging at the strings. Like the curious cat, we hope that satisfaction will bring the magic back.

When I heard that “Twin Peaks” co-creator Mark Frost had written a new novel delving into the backstory of everybody’s favorite backwards-talking town, I had mixed feelings about it. On the one hand, I was eager for more information, especially as the new season of the show draws near. But there was also the worry that perhaps “The Secret History of Twin Peaks” would reveal too much. The enigmatic nature of “Twin Peaks” is a huge part of its enduring appeal: What if the secret history gave too much away? 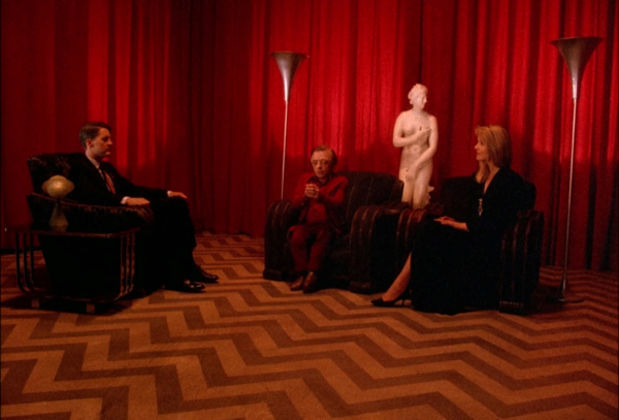 Here’s the good news: Mystery is still alive and well in Twin Peaks. While Frost’s novel does answer some big lingering questions from the first two seasons, it also adds a truckload of tangents and weird asides that complicate the picture further. “The Secret History” is written as an epistolary novel. The basic conceit is that a locker containing a series of historical documents, press clippings, journal entries, and notes curated by a mysterious “Archivist” has been discovered, and an FBI analyst has been assigned to go through the records to uncover the Archivist’s identity and see if the notes have any bearing on the whereabouts and case work of Agent Dale Cooper.

The FBI analyst, “T.P.”, offers their perspectives on the documents through footnotes, while The Archivist also chimes in to offer their take on the materials they’re presenting. It feels a bit like “House of Leaves” in its story-within-a-story structure, and also shares a similar air of menace that haunts Danielewski’s classic mindfucking text. “The Secret History” offers a variety of different perspectives and texts: Transcripts of presidential interviews; confidential FBI documents; pages from the journals of Meriwether Lewis; “Twin Peaks” newspaper clippings; even diary pages written by some of the Bookhouse Boys (Deputy Hawks’ sympathetic yet grumpy explanation of the Big Ed/Norma love story is a particular highlight). 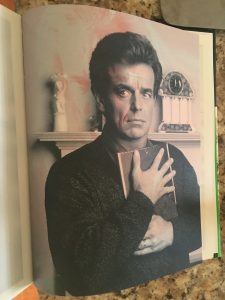 Starting from the Lewis & Clark expedition, “The Secret History” moves through American history and local Twin Peaks lore until it cuts off shortly after the solving of the Laura Palmer case. Frost goes off into wild and unexpected territory throughout the book. I never thought “Twin Peaks” would touch on the life of occult rocket scientist Jack Parsons and his “buddy” L. Ron Hubbard, but here they are. Or that the brief hints of UFOs and government conspiracies that surfaced in the second season would get blown out to occupy huge chunks of the book. Alien abductions, UFO sightings, men in black, Kenneth Arnold, Roswell, MJ-12, Project Sign, and even Richard Shavers’ stories about Deros in the Earth get their moments to shine in “The Secret History”.

The book’s most ingenious element is taking a minor character from the show and revealing them to have been a paranormal Zelig figure, present at almost every single momentous “X-Files” worthy moment in the 20th century. This Johnny-On-The-Spot is none other than Douglas Milford. You may remember him as the old guy who gets fucked to death by Blake Lively’s sister. Or maybe you don’t: The saga of the warring Milford brothers & the hypersexed, grieving Widow Milford is one of the Season 2 subplots that we all want to pretend never happened, along with other classic soul-killing storylines like:

Frost’s expansion of Douglas Milford from Viagra cautionary tale to Man in Black #1 is what holds this story together. I like to call this kind of storytelling approach “Expandivitis”, in honor of the Star Wars Expanded Universe (which took this technique to hilarious extremes). Expandivitis is what happens when you take a minor footnote of a character and give them a tremendously important backstory that’s never hinted at or referred to in the original work they appear in. Read the old “Star Wars” spin-off novels and you’ll see Expandivitis at work (my favorite example being the story where droid bounty hunter IG-88 uploads their consciousness into the second Death Star, and is seconds away from taking possession of the superweapon before the Rebel Alliance blows it to smithereens). When Expandivitis is done right, it can enrich a fictional universe and give it added depth; Done wrong it can be horribly fatalistic, making it seem like every character in the universe is significant but doomed to failure because they aren’t the “main characters”. 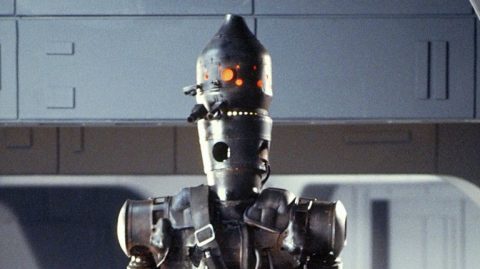 And while Doug Milford occupies a good portion of “The Secret History”, the novel also touches base with many familiar faces. It reveals the tragic backstory of the Log Lady, explains Josie’s convoluted criminal background, and even gives some interesting insight into Nadine! “The Secret History” also resolves a few cliffhangers dangling from Season 2: We find out who (if anyone) survived the bank vault explosion, and we also find out if Ben Horne survived the nasty head wound Doc Hayward gave him. It evens let us know the fates of a few characters who WON’T be returning in the new season of the show, giving some beloved (and not so beloved) characters a proper send-off.

What “The Secret History” doesn’t do is answer the BIG questions: What happened to Dale Cooper? Where did Chet Desmond and Philip Jeffries go? Where the hell is Bob? What’s the deal with the White & Black Lodge? What the hell is up with that Owl Cave ring? Frost gives us tantalizing hints about a lot of these issues, but he never gives us enough string to pull the whole thing apart. Instead he leaves with a whole bunch of new strings to play with, and leaves us wondering just how much of this book will make it into the new season. Maybe all this talk about Freemasons battling Illumanti agents, of UFOs and CIA cover-ups and Jacques Vallee “Ultraterrestrials” is just a giant red herring. Or maybe Frost is telling us that he and Lynch are going to be taking this new season into some really, really strange new territory. 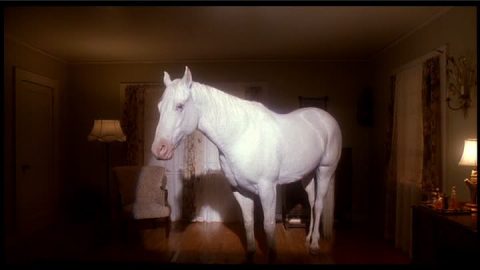 If you’re a fan of “Twin Peaks”, “The Secret History of Twin Peaks” is essential reading. And even if you’re not a fan, it’s still a fascinating read, offering a kind of beginner’s guide to American conspiracy theories and Ufology. I only had one real complaint with the book, but I’m saving it til the last paragraph because it’s a pretty big spoiler. So be warned: Don’t scroll past this image of Pete Martell, because you will be SPOILED big time. Go read the book, come back and read this last section, and then leave a comment telling me how wrong/right I am. 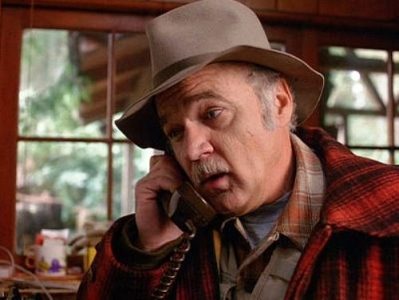 “SPOILER ALERT: There’s a fish in the percolator!”

When the identity of the Archivist is revealed towards the end of the book, it makes perfect sense. Who else but Major Garland Briggs would be behind this? But it does point to a pretty significant and weird omission in the storytelling: Where is Windom Earle in all this? While he does get mentioned in “The Secret History”, the book doesn’t delve at all into Briggs’ captivity at the hands of Cooper’s looney-tunes mentor, nor does it talk about Briggs & Earle working together in the past. Considering the book’s heavy focus on governmental investigations into the paranormal and occult, not talking about Earle’s involvement in that is kind of a weird oversight.

But it is nice that Briggs is the mystery man behind this book, because it gives his character a final, fitting tribute. The loss of Don S. Davis means that we’ll never see Garland Briggs in action in “Twin Peaks” again. The best part of reading “The Secret History” was getting to spend just a little bit more time with this fascinating character. Hope they’re treating you well in the White Lodge, Don.