On Blast: Pappo’s Blues Volumen One 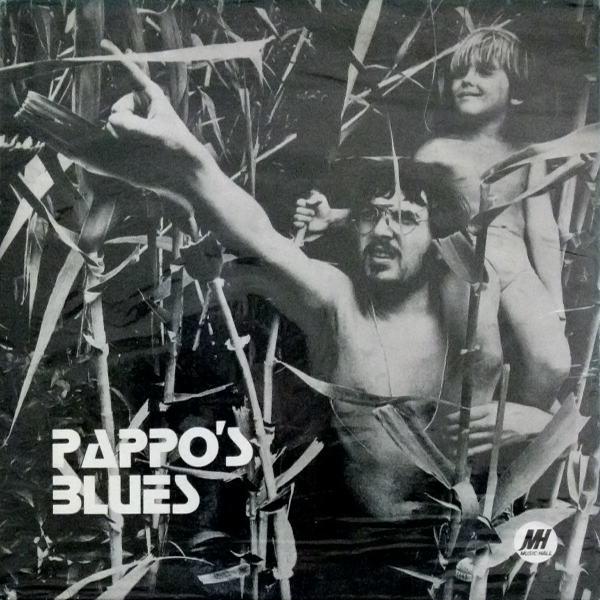 There are two genres that I know absolutely nothing about: Electronic and Metal. The most I can tell you accurately about electronic music is, “Yeah, man, I know what a KORG is,” and as far as metal goes, my well of knowledge is practically dry.

I can’t pinpoint the reason why I can’t dig metal. It’s not because it’s noisy, ugly, or offensive — those are all the things I like about punk. It’s not even that I think it’s bad music, because I’ve seen how technical some bands get, and it’s hard to argue that they’re “bad” at music. Maybe it’s something about the perceived lack of humor? Fuck, man, I dunno. I just don’t like metal.

But earlier this year, I found a heavy metal album by the late Argentine musician Pappo that I can’t stop listening to. Actually, I don’t even know if I can call it heavy metal. I don’t know what exactly constitutes heavy metal. Maybe it’s more acid rock? Christ, I don’t know. I’m just gonna call it early heavy metal, and if I’m wrong about it, you can boost your self-esteem by calling me a plebeian in an angry email.

I’m gonna talk about Pappo for a second, but here’s a song from the album so you can listen while you read:

The 1960s in Argentina were tumultuous. The country was entrenched in a bitter dispute that pitted social liberals vs. conservatives, and eventually led to a political overthrow and coup d’etat that spurred the Argentine Revolution. Which wasn’t good. Universities came under military and government rule, students and professors were beaten and arrested, some were thrown into exile, dudes weren’t allowed to have long hair, women weren’t allowed to wear miniskirts, and any type of avant-garde art and music were proscribed.

In other words, it was the perfect time for young people to grow out their hair, wear miniskirts, and create loads of avant-garde art and music. These young people preferred to meet in underground clubs, particularly one dubbed La Cueva (The Cave).

It was in La Cueva, where word swiftly caught on of an independent label dedicated solely to Spanish-language Argentine rock who was lookin’ for acts. This dude, Miguel Peralta, couldn’t pass up the opportunity. Despite not having a band, Peralta contacted Mandioca’s record exec, and told him about his band, Los Abuelos de la Nada, who was apparently 100% real (they weren’t) and 100% ready to get into the studio and record (they weren’t). The exec gave him a chance, and Peralta hastily assembled a group that managed to put something together in no time and get into the studio.

In 1969, the guitarist left the band. He was in college, and wasn’t sure he could commit enough time and energy to the project. Peralta recruited Norberto Napolitano (who would later be known as our protagonist, Pappo) as the new guitarist. With Pappo in the mix, their sound leaned more to the blues side of things, as you can hear in their 1971 single, “En La Estacion.”

Peralta was NOT havin’ it. He quit. Pappo did too.

At the same time Pappo was dickin’ around in Los Abuelos de la Nada, he also played with Los Gatos, who were considered one of the most important bands in the history of Argentine rock. He didn’t end up joining until 1969, after the band had gone on a quick hiatus. Here’s what Los Gatos sounded like pre-Pappo:

Some argued that the classical styles of frontman Litto Nebbia clashed with the more rocky-bluesy style of Pappo. Others said the combination was magical, and created what could be known as the earliest recordings of prog rock. I don’t like, or know about, prog rock enough to have an opinion on the matter. But that song is eleven fucking minutes long, so it’s not unreasonable to say that all the Pink Floyds and Yesses and Genesises may have taken a cue from them.

[Oh, also, prog and what can safely be referred to as Dad Rock (see those three bands I listed in the previous sentence) also encapsulated a genre that I know nothing about and never got into. I mean, the 70s were cool, but I’m more into the New York Dolls’/Buzzcocks’ version of the 70s, not Led Zeppelin’s. My dad is disappointed in me.]

Los Gatos released one more album with Pappo, then disbanded.

At this point, I think Pappo felt disconnected from the Argentine rock scene. He wanted more blues and harder rock, while everyone else was content with riding the psychedelic wave for a bit longer. So Pappo started doing his own thing, which he creatively called Pappo’s Blues. The first album under his new project, creatively titled, “Volumen One” was released in 1971. 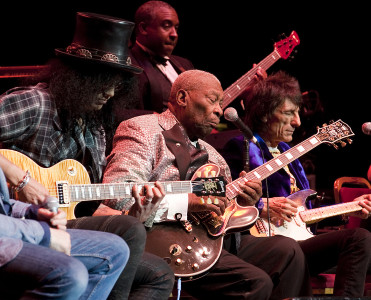 What I like so much about Volumen One is the sheer variety.

At some points throughout the album, I can definitely hear how Pappo would be considered a metal guy. The penultimate track, “Especies,” for example, seems like it would be performed best in pitch blackness illuminated only by the intermittent flash of some crazy pyrotechnics shit:

But then you listen to “Adios Willy,” and you’re like, “Woah, calm down there, Elton John.”

And then you listen to “El Hombre Suburbano,” and you feel like you’re listening to Bob Corritore’s Sunday night show, “Those Lowdown Blues” on KJZZ.

“Hansen” kind of pulls it all together, adding that early metal component with some blues and pop sensibilities.

And you know what’s great about all of this? His guitar solos don’t even make me want to vomit! Usually when I hear those drawn out electric guitar solos, scenes from This Is Spinal Tap start projecting in front of my face and my eyes roll back really far into my head and I can smell the noxious fumes and chemical burns of that one time when my great aunt tried to give me a perm.

But his solos aren’t obnoxious. They’re… impressive. And not impressive in a “look how fast I can play my guitar” way, but in a sincere, “look how well I’ve mastered my instrument” way. I can totally see why B.B. King revered him so.

Like most musicians, especially those who started in the late 60s and kept on keepin’ on through the 80s, Pappo started off alright and continued to get better and better until he shit the bed and ruined everything.

That was in 1980, when he held a recital called, “Adios Pappo’s Blues, Bienvenido Riff,” which, in case you’re really, really bad at Spanish, was a show where he announced the death of Pappo’s Blues and the birth of his new heavy metal band, Riff.

By my own tastes, Riff is awful. It’s everything I hate about the 1980s. It’s mullets and white leather and studded belts and cucumbers in tight pants and bras hanging on ceiling fans and boring chord progressions and amps turned up to 11, man. I really, really tried to listen to their debut album, Ruegas de Metal, to see the hints and glimmers of Pappo’s artistry, but I couldn’t get past the feeling of “UUUGGGGGHHHHHH.”

I know there are people who like 80s metal a lot. There are enough of them that every single radio station has to play a Motorhead song at least once a day, or else the FCC will shut them down. It’s the law. Thanks, Obama.

Pappo died in 2005. Instead of harping on the shitty music of his later years, I will instead choose to remember Pappo by the one album that made a girl who normally hates metal say, “Yo, this is really good. I’d like to listen to more.” I don’t know what happens after you die, but part of me hopes that when B.B. King passed in early 2015, he went up to Pappo and slapped the shit out of him, then hugged him, then pulled out two guitars.