Ethanol Dossier– The Elixir of Youth

Hello dear death eaters! Today, I’ll be sharing the secret of my eternal* youth with you! This elixir will detox your vitamin glands way more than your cold-press enema squeeze could ever hope to! Let’s get down to it.

You’ll need some… unique ingredients, but you should be able to find them pretty easily.

Drink one of these cocktails every other day for youth beyond imagination! One of the ingredients is hard to come by, namely the blood of a newborn cat. If you’re like me, however, you’ll start farming kitties in your basement. All you need to do is lock a few strays down there with a kiddie pool full of litter! I cut a slot in the basement door and I just pour food through it when I remember. 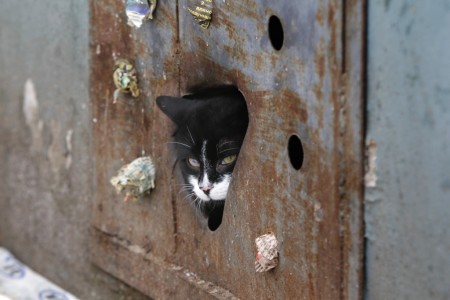 They take turns looking at the sun.

And the judges decide: It tastes like death! Which means if you’re tasting death, then death is going to your stomach and being pooped out later, right? So letting death pass through your body, instead of latching on with its cold wet claws. Cheers!

Editor’s note: it is with great regret that we inform you that the judges have decided that this drink was not a success. Mr. Stevenson must have made a mistake in concocting it, for he consumed the draught himself and perished almost immediately. Though he was a lousy guy, and he owed me $200 at the time of his passing, we will miss him.

Sebastian Stevenson WAS a madman, pseudo-psychologist, and itinerant mooch, but now he is a handsome Illyrian CADAVER who USED TO WISH he owned a motorbike. Man, motorbikes WERE cool to him.

More thoughts from De’Lunula:
Bubbles.
Do Banks Steal from You?
My Life As A Corporate Shill Ain’t So Bad