“You’re Going to Die!” Sticks Your Head In The Lion’s Mouth

I know that the ending to The Last Battle by C.S. Lewis is meant to be a happy one, but I can’t help but find it to be profoundly disturbing. The final entry in his Chronicles of Narnia series, it wraps an apocalyptic bow on his Christian fantasy. After Aslan the Lion (aka Furry Jesus) pulls the plug on Narnia, the three Pevensie kids (Lucy, Peter, and Edmund) are given some “good news” by the Almighty Feline: they get to stay in his paradise forever! Because they’re dead! A train crashed and killed their friends, their parents, everyone they know except for their sister Susan (who doesn’t get to go to Aslan’s Country because she wears makeup and likes boys now)! Hooray!

It’s a haunting ending because neither Aslan or the Pevensies seem particularly concerned about Susan and their parents not being invited to the eternal Aslan party. Nor do they express any feelings of bitterness or regret about being robbed of their adolescence/adulthood by a God Cat. Their deaths seem to be a complete non-event, just the brief blackness separating one frame from another. The space between notes in a song that will last forever.

The first time I watched Dennis Palazzolo’s “You’re Going to Die!”, I thought about Aslan. The video starts with the MGM logo appearing on-screen. The picture quality is scratchy, like a taped-over VHS. The lion comes into view, poking its magnificent, shaggy head out of the golden ring. And then it starts talking. It speaks with a voice that’s weary and matter-of-fact, informing the audience that they’re going to die. And unlike Aslan the Lion, there’s no promises of an eternal country to frolic in. This lion promises nothing at all. 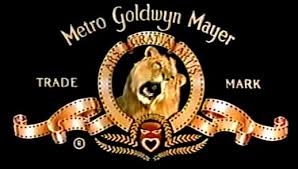 I saw this five minute short a few years ago at the first De’Lunula Screeners at the (old) Trunk Space. Curated by Troy Farah, it was an almost two hour collection of weird short films, video art, and random crazy shit found on YouTube. “You’re Going to Die!” was one of the last films screened that night, and it hit me HARD. After watching so many funny and surreal films, I wasn’t anticipating to get clocked by an existential sucker punch.

Palazzo’s video (which mixes original footage with clips sampled from other movies) is narrated by performance artist Vito Acconci. Acconci’s notorious for past work like Seedbed (where he hid underneath a ramp in a gallery and masturbated, vocalizing his fantasies about the people walking above him through a loudspeaker). Acconci is reading a text by Timothy Furstnau, who’s said in interviews that “You’re Going to Die!” was meant to be a children’s story. It’s an admission that makes sense when you hear the monologue- the language is written with a brutal simplicity that anyone could understand. 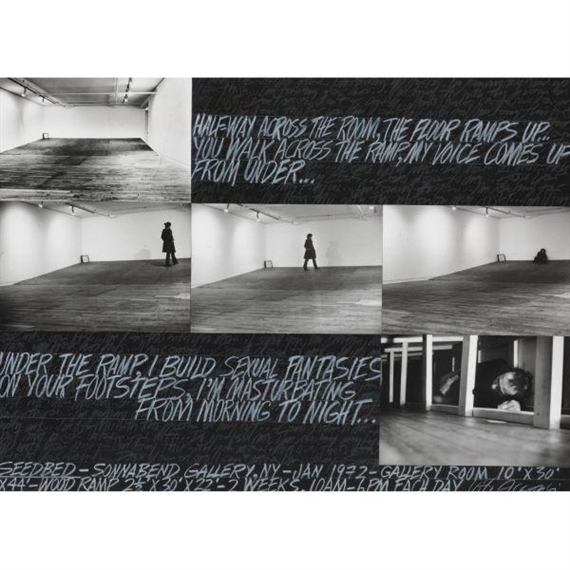 The muttering lion lays out a straightforward, nihilistic monologue about the nature of life after death: there is none. When you die, that’s it. Game over, no opportunity to insert coin. You won’t even care that you’re dead, because there won’t be a you around to notice the fact that you’re dead.

You’ll be nothing. Nothing at all. A brief blip of animated sentience on a blank screen that stretches on for billions and billions of years.

Listening to the monologue that first night, it rattled me deeply. Not because I hadn’t heard this sort of thing before; it was the way Acconci said it. His voice was devoid of both cruelty and sympathy. He didn’t sugarcoat Furstnau’s words. He spoke with a worn-out, almost-bored authority, the voice of someone explaining a bus route he’s taken hundreds of time before. The sound of an old-timer telling you about some shit you probably should have worked out on your own a long time ago.

That lack of doubt, of warmth, in Acconci’s narration shook me. There was no room for the possibility of life after death, no room for a flicker of paradise, inferno, or reincarnation in his words. Just the promise of a never-ending night. And the images that blurred by in sepia tones and scratchy video footage of bodies being atomized by TVs and UFOs crashing into creeks added to the finality of his words. Illustrated how all our frantic efforts and fucking around leads to nothing. 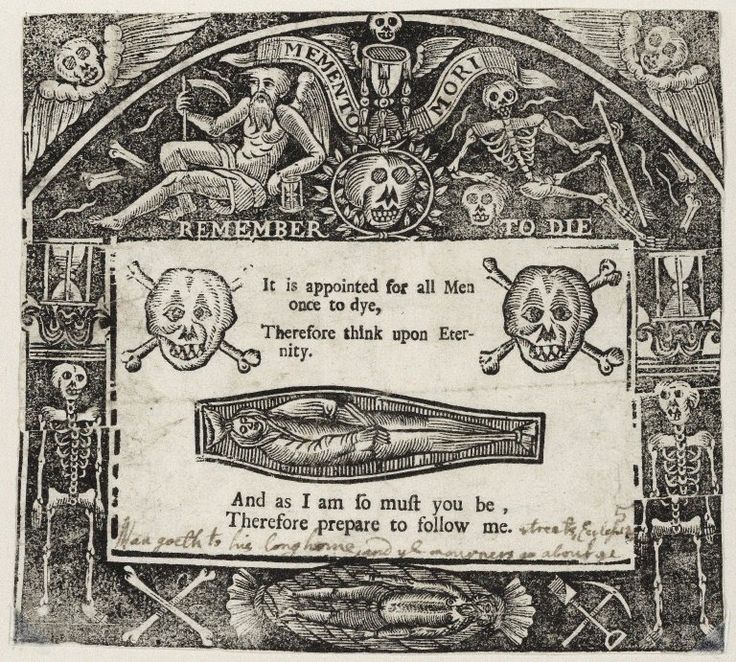 When it comes to the question of life after death, I don’t know I feel about it. I WANT to believe that existence can continue after death. As someone who practices certain occult traditions, I’ve had experiences that make me believe the universe isn’t as materialistic and logical as people like Dawkins and Sam Harris think it is. I want to believe that these experiences are proof that there’s more to life than all this, but I can’t be certain. I can’t be certain if I’ll be anything after I die, and that doubt, that not-knowing, terrifies me sometimes.

Most days, I can put a lid on that fear. I often use that fear as fuel: I wouldn’t be half the writer or performer I am today were it not for the fear of oblivion whipping me forward, pushing me to do SOMETHING, ANYTHING of merit before I clock out. Whenever that is (hopefully in 50 years from now). Seeing “You’re Going to Die!” that night ripped that lid right off. I became flooded with anxiety and gloomy thoughts about mortality. I remember actively HATING the movie as it played on. Hating Acconci for his pitiless voice, hating that stupid fucking Grim Reaper Aslan for flapping its jaws, hating myself for attending this event in the first place. But I stayed, and I watched the whole thing. And as much as it rattled me, as much as it mashed all my buttons, it stayed with me in ways that nothing else I saw that night did.

I’ve watched “You’re Going to Die!” a few more times since then. Each time I have to brace myself before seeing it; I screw that lid on extra tight. I keep watching it because its power and artistry is undeniable. The combination of Acconci’s mortician voice, Palazzo’s montages, and Furstnau’s straight-to-the-bone words is very powerful. The three of them, working together, say more in five minutes than most filmmakers can accomplish in a lifetime of cutting feature lengths.

Watching “You’re Going to Die” is like taking psychedelics: everyone should do it at least once. It’s as mind-expanding as it is soul-destroying. You don’t have to accept the film’s conclusions – I haven’t. But it does offer an important perspective, and a forceful reminder that you don’t have eons to fart about and do nothing. Get to work on realizing your dreams while you’re still able to have them in the first place. Because one day your train will crash, and Aslan’s Country might not be waiting for you on the other side. 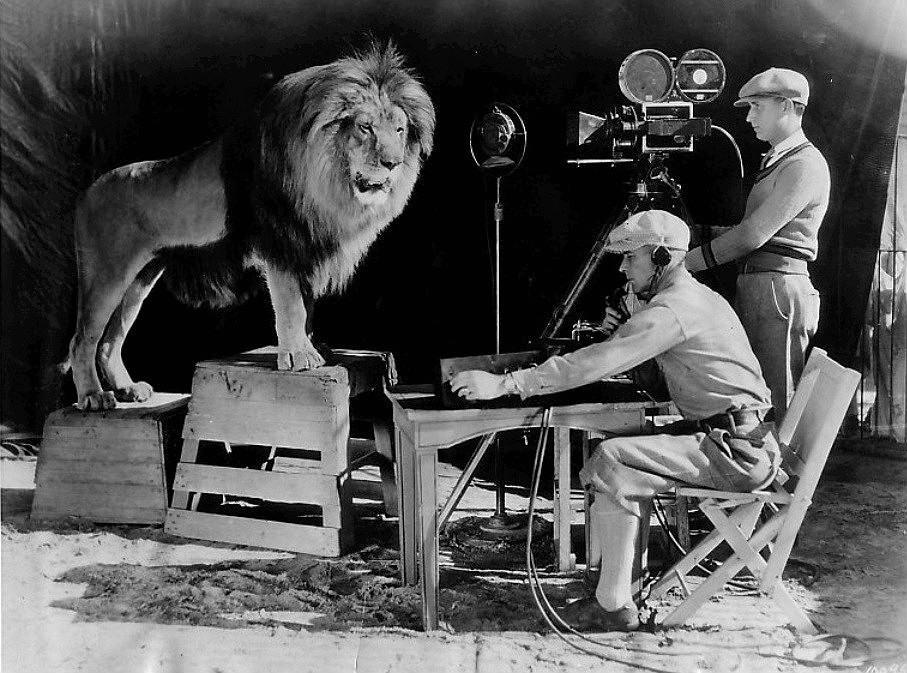